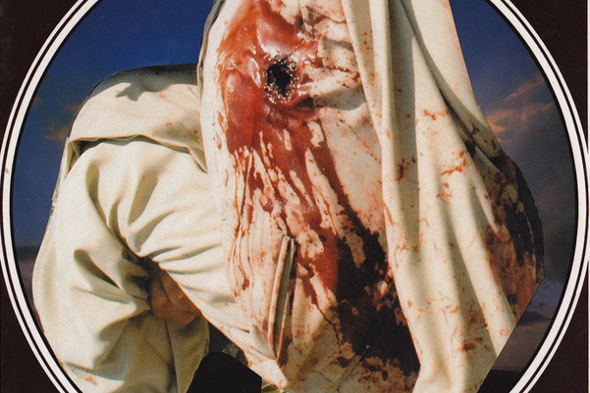 Among the concepts that Cosmo Vitelli claims his I’m A Cliché label founded itself on, three stick out: experimentation, obstinacy and volatility. Put on the Parisian-based imprint’s recent “Grand Boulevards” EP from Vitelli’s automotive-obsessive Bo’Tox project, and you can hear those qualities in spades. In fact, there’s always been a whiff of nihilist oddball-ism accompanying the label, whether it dips into droney, Italo-disco, techno, or even psychobilly-laced dance music. But eccentricity aside, “I’m a Cliche” is still crafting music for the clubs when it comes down to it- after all, in the last decade they’ve gathered their share of populist dance anthems from the likes of Simian Mobile Disco, Azari & III, and Runaway.

So, it seems quite fitting for the trajectory of the label that their latest release brings together their eccentric and danceable sides in equal measure. It comes from Chen “Moscoman” Moscovici, who became enamoured with the Tel Aviv club scene as a teenager and rose through the ranks of his city’s DJ school to becoming a prized student, then an instructor, then local opener, and now, a fresh-faced, Berlin-based force to be reckoned with.

Aside from a cowbell laden, entrancing edit for I’m A Cliché’s bi-weekly giveaway Edit Service, this is Moscovici’s first official release, and one that gives an impressive cohesion to the label’s bipolar identity. While a press release describes Moscoman’s material as “downtempop”, this writer thinks it’s a bit more sinister than that. The image of a body wrapped in a bloodied cloth on the EP’s cover gives you an accurate idea of what to expect within – Moscovici shares the icy-eyed disco functionalism of Bot’Ox, amplified to a slightly more aggressive pitch.

That tension is built up nicely in “Fuse of Hell”, which uses dodgy, frequency-shifting modulations that impart the feeling of standing near an airplane turbine as it slowly powers up. It’s almost like a clubby, maximalist version of Powell’s “A Band”- woodblock, plummeting synth lines, and a disturbing vocal snippet of a demonic voice claiming “”I will destroy any man who tries to take what I got” all build up an anxious energy that doesn’t dissipate. Meanwhile, “Feos Chaos” touts a sultry bassline that harkens back to the piss & vinegar disco-punk feeling of the early DFA remixes, which might remind contemporary DJs just how enjoyable it is to hear a good, thick-cut chunk of dissonant disco now and then.

It’s certainly more enjoyable than “Misled Loophole” which builds a disorienting barrage of percussion backed by a single, repeated bass note, ultimately sounding a bit disjointed and lacking in momentum when stacked alongside the EP’s other cuts. Still, Moscoman’s production chops show that he obviously understands how to craft encompassing, almost suffocating atmospheres that are equally fit for disquieting the mind and animating the body. We live in a world of drone strikes, internet addiction and rave overdoses, and Moscovici’s debut takes a darkly Dadaist glee in reflecting that twisted world back to us sonically.