Fairplay and Fraser announce Crimes Of The Future label 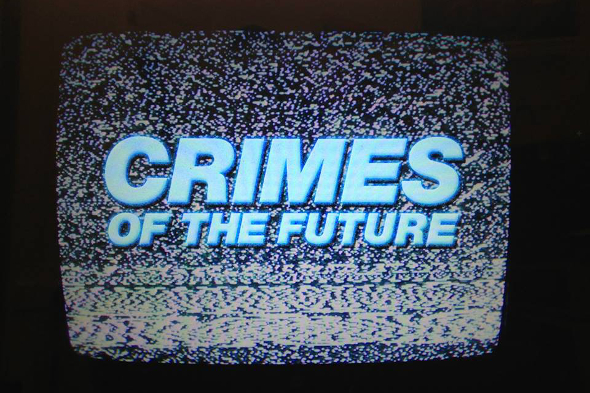 Label launches next month with the Spook Jook EP by Antoine Rouge.

Both Timothy J Fairplay and Scott Fraser should be familiar names to regular readers of Juno Plus; ensconced in the basement network of studios overseen by the scholarly Andrew Weatherall, these two producers have become synonymous with the slow burning, chugging machine funk sound championed by the bearded elder under the somewhat tongue-in-cheek Scrutton Street Axis banner. The pair have also been trading production and remix credits across numerous labels in the past eighteen months after having started the David Cronenberg-referencing Crimes Of The Future night in Glasgow together

This irregular event seems to give Fraser and Fairplay the freedom to explore the darker and more esoteric corners of their respective record collections, and with it now also taking place at London’s Plastic People, Fraser and Asphodeller Fairplay have decided to expand Crimes Of The Future into a record label. Mirroring the themes of the night, the label is intended to focus on more uptempo and harder edged sounds than one might associate with the pair, offering them an outlet to express their mutual love for less obvious house and techno.

Due out next month, the first release comes from Antoine Rouge, an unheralded producer whose own name also references Cronenberg’s debut film, while the label also plan to release music from the Detroit based newcomer Elizabeth Merrick-Jefferson, last seen releasing on the Argot label. We spoke via email to Fairplay in the aftermath of mass deep house exposure at the recent Unknown festival about their plans for the label.

Hi Tim, what made yourself and Scott decide to launch the record label?

Scott and I have been planning it for a while, we wanted to start a label which kind of expresses where we both come from musically. Have both been getting a bit sick of the whole slow tempo/disco thing and wanted to do something outside that. I never have though of myself as making nu-disco or whatever… I just happened to be working at a slower tempo at that time.

Will Crimes Of The Future be purely an outlet for your own productions or do you have plans to extend an invitation for friends to contribute?

All sorts really… I imagine there’ll be quite a lot of Scott or myself under assorted aliases, but we plan to release lots of stuff from others and probably non-UK producers.

From doing some research it seems that Tim is responsible for the first release as Antoine Rouge, what was the thinking behind using this different alias?

I think the question is more why has Antoine Rouge been using the alias of Timothy J. Fairplay for so long…

Beyond this, what can people expect from the label and the club night it grew out of over the coming months?

Well COTF003 is by Black Merlin & then I imagine Scott will come next, then there’s a few which are not confirmed yet. There’s also gonna be an EP by myself & Matilda Tristram who I wrote that track “Xylophone” with. We are back at the Berkerly Suite Glasgow this October and Plastic People London in November. We are both planning on playing live at both as well as DJing and hopefully do some label party’s towards the end of this year and into next.

Crimes Of The Future will release the Spook Jook EP by Antoine Rouge on October 7. 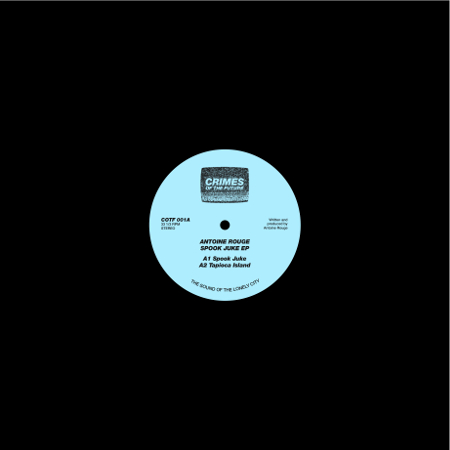 A1. Spook Juke
A2. Tapioca Island
B1. Sharri’s Magic Purse
B2. Flight Into Danger