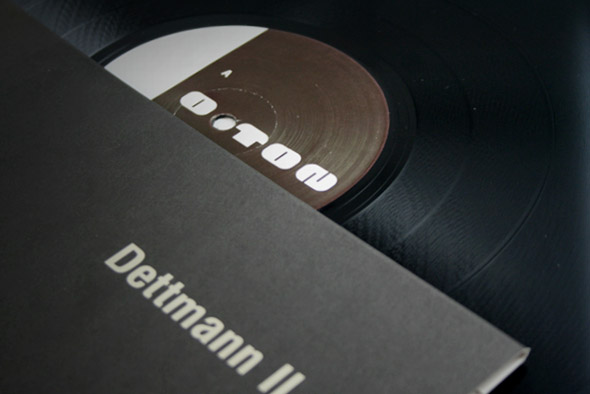 Right now, does the world want another Marcel Dettmann album?  It’s been three years since Dettmann’s affirming self titled LP landed on Ostgut Ton, so the thought, mention or moot of a follow up is a timely one. But this begs the question: will Dettmann II be a case of the difficult second album, and where can he go from here? When it comes to techno, there’s no one currently defining the genre as much as Dettmann. The famed DJ recently proved his music isn’t only limited to the dancefloor – or ambient interlude – by teaming up with Âme’s Frank Wiedeman to produce three operatic sound-scores for MASSE, a production the Berlin State Ballet ran in conjunction with Berghain.

One of the only other artists as prolific and credible as Dettmann also releasing techno albums is fellow Berliner Mike Dehnert. The imagination both put into the names of their most recent LPs however are about as exciting as a catalogue number, which for the German aesthetic of assembled techno, works. Like Dehnert’s Fachwerk 25, the follow album up to the Delsin released Framework (Fachwerk in German), Dettmann has produced something decidedly musical in comparison to the dour atmospheres and scratched surface sounds of his first full length.

The cold concrete-feel and powerhouse static that charged Dettmann is noticeably absent from Dettmann II, and although the sound design remains ashy in parts, it’s as though Dettmann has catered this LP toward bigger clubs and warehouse play. It makes sense however, and like a band that’s gone from filling theatres to packing out stadiums in the time it takes to produce a second studio album, Dettmann’s likely to have engineered a collection of tracks complimentary to the venues he finds himself DJing these days.

The patented background hiss engrained into the Ostgut Ton canon and Dettmann’s music is still ever-present, while wispy textures are now solidified and a greater importance has been placed on fuller synthesis, not shuffling, loopy rhythms. Overall the sound is polished. Dettmann II opens with the Jurassic ambience of “Arise”, a track with a snarling growl that sounds like something from Steven Spielberg’s famous Dinosaur themed film. The ensuing cut “Throb” is no throwback to Ben Klock’s “Pulse”, but a modulating groove of gurgling blips that never threaten to spill too far over the track’s edge. A bumping thrum then turns into the liquid swell of “Ductil”, which leading up to, and during the track’s breakdown, momentarily revisits “Lattice”, a highlight from Dettmann’s watershed MDR 04.

With the album now cruising, Dettmann’s picks his moment for a beatless interlude. A short 30 second “Shiver” is a dreamlike sequence of could-be whispers and funfair field recordings, as if lost and bent out of proportion by a house of mirrors. The Berliner then shows off his prowess for creating a perfect loop from a single bar in “Lightworks” which casts the same type of breezeblock crushing drums heard in his second definition to Morphosis’ “Too Far”, while sporadic firecracker percussion and faltering signals of tonal mid-frequencies administer the track’s variance.

Dirtiness makes way for cleaner, slamming beats at “Soar,” the album’s halfway point; it’s Dettmann doing house the Kerri Chandler way. “Reticle” from Dettmann’s first album was the closest he came to house music last time, whereas the chords and delay technique adopted by “Soar” clearly reference those typical of Chicago and Jersey styles. Dettmann mixes in some eerie synths and bursts of atmospheric metal works lending the track a degree of Berlin industrialism. Traces of American influence remain on “Outback,” a track co-produced with Levon Vincent that features the same gritty sonics of a DJ Spider and Hakim Murphy collaboration, with the end product sounding suggestively like a mix of Shed’s “Bot” and Vincent’s own “Double Jointed Sex Freak”.

Emika provides the album’s only vocals in “Seduction” yet it feels as only remnants of the British singer’s voice have been used; breathy excerpts flutter like distant reflections of lost calls for help trapped in a freezing ice chasm. Ethereal textures then meet Dettmann’s take on a brooding Giorgio Gigli-style of techno in “Radar”, with Tangerine Dream by the way of Voices From The Lake inspired synths circulating a pounding, peak time groove.

The cohesion of an Italian and German thematic continues in “Corridor”, with big noted Berghain organs charging loudly over drum machine beats and junk yard percussion. It’s as if Dettmann’s somehow teamed up with prog rockers Goblin. The Jurassic ambience returns in the album’s penultimate track, “Stranger”, as more reptilian squawk and fireplace crackle nests inside a tense Stanley Kubrick-like ambience. The album’s swan song, “Aim”, is cold, yet heartfelt closer that shares the same warming character and serrated elements of Shed’s “44A (Hardwax Forever)”. It’s no surprise to then read the track completing Dettmann’s accomplished second full length was co-produced with René Pawlowitz.

Besides growing his hair, Marcel Dettmann’s not the sort of producer that needs to re-invent himself, why would he? But it seems as though Dettmann has accepted the album format as the place to experiment with production, and as a result he’s knowingly or not broadened his repertoire of sounds. So regardless if another Dettmann album is wanted, sometimes, you just might find, you get what you need.