The next releases on Hessle Audio will come from the label regulars.

Although this year has seen Hessle Audio’s Rinse FM show bumped up to once a week, and promoted to a 9-11pm timeslot, releases from the label itself have been scarce, with Pev & Kowton’s excellent Raw Code, released in February making up the label’s only release of the year so far. Despite this, the label trio of members have all been busy with their own projects; Ben UFO’s Fabriclive mix was released in January, while Pearson Sound and Pangaea have both issued EPs on their own respective labels.

News now arrives that the label will break its hiatus with releases from label boss Pearson Sound and the publicity-shy producer simply known as Joe, whose releases for Hessle and Hemlock remain some of the multi-faceted bass scene’s most distinctive music to date, taking influence from jazz and broken beat as much as it does from the grime and jungle being recomposed by Pearson Sound. Joe’s HE025 will arrive in October, containing the emotive yet abstract house of “Slope” and “Maximum Busy Muscle”, which combines ramshackle drums held together with stray horn samples and masking tape.

Pearson Sound’s HE026 arrives in November and features three expectedly outlandish grime and techno-inspired rhythm tracks. One track, “Lola”, according to the typically amusing press release, is about a lost cat he adopted after it was found “in an abandoned Rimowa suitcase,” and another, “Starburst,” is “his tribute to one of the UK’s best-selling confectionery products.” Both are available to sample below.

Hessle Audio will release HE025 and HE026 on 12″ vinyl and digital formats on October 14 and November 11 respectively. 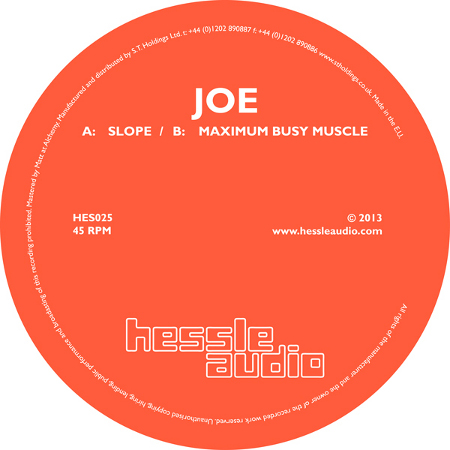 A. Slope
B. Maximum Busy Muscle 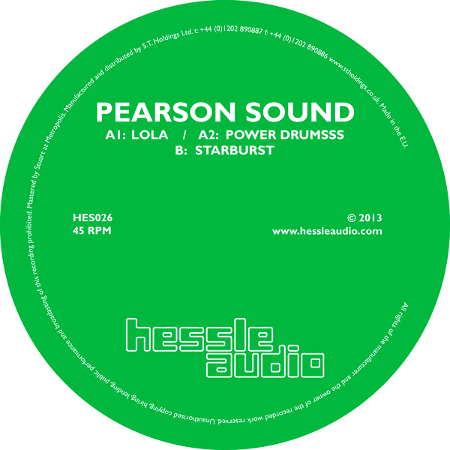 A1. Lola
A2. Power Drumsss
B1. Starburst