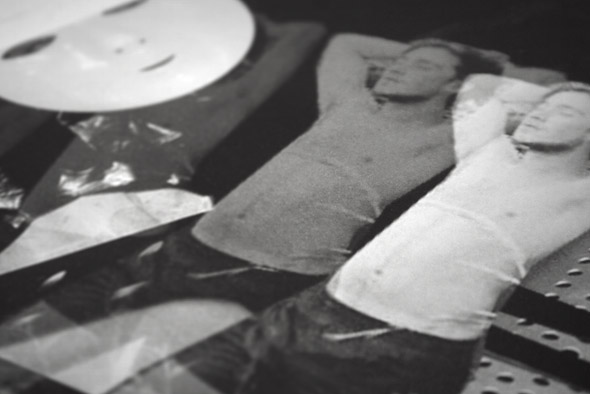 Whilst Munich might not match Berlin in the techno stakes or carry the cultural heritage of Frankfurt, the city has nonetheless been the springboard for some important record labels in recent years. The playful punk funk of Gomma, refined deep house and disco of Permanent Vacation and Compost’s 15 years of releases are three fine examples of the richness in diversity of the city’s music scene. Public Possession is the newest label to emerge in Munich, intrinsically linked to the independent record shop of the same name that was established earlier this year.

Marvin & Valentino, two of Munich’s established resident DJs, are behind this double pronged venture and it’s obvious that the years of building up contacts and relationships with an international network of fellow record diggers has helped lay these foundations. The label has proved pleasantly hard to pin down since it launched, seemingly take a broad approach to current strains of house and techno and opening eyes on some lesser known talents. Marvin & Valentino demonstrated their own production chops on Robusto, the first release as part of Tambien with compatriot Bartellow whilst the second shone the light on the wizardly talents of Australian producer Matthew Browne.

It’s with Australia that the label remain with their third release calling on the young Melbourne based Bell Towers, previously seen on Prins Thomas’ Internasjonal label, with a quite outstanding production in “Lightrail”. Whilst some might savour the prospect of all the new music this writer hears on a weekly basis, being in such a position does reveal how lacking in ingenuity a lot of current producers are. Hearing a track like “Lightrail” only magnifies this feeling, as it sounds quite distinct across its eleven minute duration.

Similar in emotional impact and build to a Blondes production but differing in execution, Bell Towers uses the extended duration to slowly tease out various moods, and it’s a good four minutes before anything close to a clear drum sound emerges. It’s the sort of track you need to pull the needle back on countless times to fully soak up its subtle shifts and undoubtedly sounds all the better exposed to a dancefloor deep into the night than it does on headphones, especially when those plangent chords emerge towards the end.

Public Possession have handed remix duties to Future Times duo Protect-U and given the emotional weight of the original, Aaron Leitko and Mike Petillo have wisely chosen to take the mood in a different direction. More overtly house orientated, Protect-U’s remix is formed around loose, clacking drums and echo-laden textures with these harsh metallic elements offset by the warmth brought by the dual fuzziness of the bassline and synth tones. A sudden shift towards a darker, more intense sound midway through is Protect-U’s nod to the mutating nature of the original and the less subtle way it’s implemented is in line with the more aggressive nature of their remix.