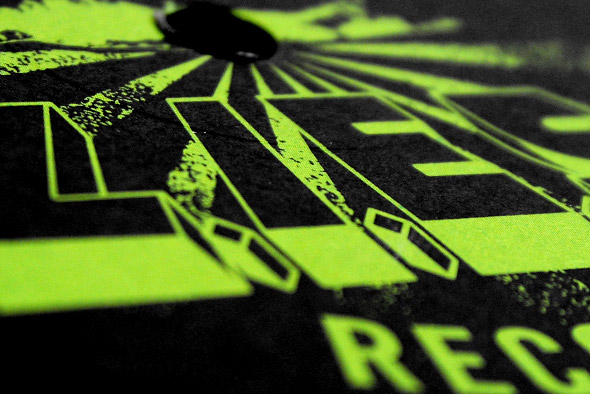 Although this release on L.I.E.S. will likely introduce Beau Wanzer and his clattering hardware constructions to many, the producer has in fact been loosely affiliated with Traxx and his Nation imprint since 2008, a label whose Jakbeat manifesto has had the impressionistic mechanical rhythm track aesthetic down long before L.I.E.S. had issued its first 12-inch. The Mutant Beat Dance collaboration with Traxx has been exploring the darker corners of house music to suitably alienating effect for several years, and recent work as Streetwalker with White Car’s Elon Katz and as one half of the Civil Duty project with Shawn O’Sullivan have explored wave/EBM and techno with their own distinctly odd touch.

Despite an impressive discography and a studio full of vintage equipment probably only matched by the likes of Danny Wolfers, Wanzer’s solo productions have been thin on the ground over his five year career. Aside from a few solo tracks on Nation and a contribution to the L.I.E.S. American Noise compilation last year, this self-titled EP on L.I.E.S. is Wanzer’s most significant solo release to date. Given that his collaborations have erred towards skewed takes on existing genres, there’s something almost refreshingly straight up about lead track “Outside Auto”. Its simplistic combination of bobbing synth line and rigid mechanized rhythms are undoubtedly rough around the edges, but not quite as pushed towards noise as tracks from Steve Summers and Svengalisghost have been in recent months; instead the mood is distant and alienating, but with that same warm sense of familiarity found on the best Jamal Moss productions.

The flipside of the record is a different beast entirely. Although still not strictly in the realm of noise, “Two Orders” seems explicitly designed to cause aural discomfort; stitching together a sluggish kick drum and together with an undulating high-pitched synth line that sounds as unpleasant, yet also as alluring as being stuck inside a five-minute nitrous oxide trip.

Really though, this EP is all about “Balls Of Steel”. Those who have heard his work as part of Streetwalker will know that Wanzer is at his best when his productions are at their most self-consciously bizarre, and it’s doubtful there’s been a track on a L.I.E.S. release with its tongue so firmly in cheek. Over the course of five minutes it chugs along with a dry motorik death rattle, a distended voice uttering: “I should stop smoking/It’s killing my body/I’ve got balls of steel/Everybody should try it”. Is it male, female, Wanzer, or just a sample from an exploitation B-movie? One gets the sense it could be all of the above. As dance tracks go, neither its juddering propulsive wheeze or creepy vocal makes any sense, but as “Sicko Cell” proved two years ago, sometimes those kind of tracks are the ones that linger longest in the memory.

A1. Outside Auto
B1. Two Orders
B2. Balls of Steel