Jessy Lanza – Pull My Hair Back 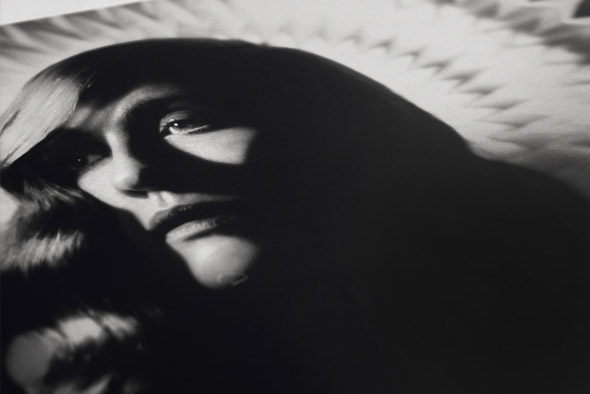 There are so many artists claiming to offer an alternative take on R&B at this point that it’s hard not to greet many of them with a shrug. Across The xx, Jacques Greene, the Tri Angle catalogue and countless others, it feels as if there isn’t an aspect of the genre that hasn’t been chopped up and reconstructed, usually with unhealthy swathes of reverb used as shorthand for genuine emotional sincerity. Given her backstory, which supposedly involves her knowing the chords to a host of R&B classics, it would be easy to put Hamilton-based artist Jessy Lanza into the same category, but on her debut album Pull My Hair Back, Lanza’s strength is in something that many others working in the similar field of R&B recontextualisation seem to have forgotten about – songwriting.

Although Lanza plays synths as well as contributing vocals, on the album, its clean, unfussy ‘80s-inspired production seems largely owed to the presence of Jeremy Greenspan, who produced the album. Like the best Junior Boys productions, the simple tracks on Pull Your Hair Back are nevertheless sent round multiple corners over the course of their short durations, growing from understated sketches into soaring pieces of sublime pop music, and like the best Junior Boys songs, there’s a confessional quality to Lanza’s lyrics and delivery that puts you in an uneasily voyeuristic listening position missing from much of the more simplified content of standard R&B.

The devastating chord breakdown at the heart of “5785021” is one such example, as Lanza entreats someone to “call me”, amidst what grows from sparse drum machine beats to a fully fleshed out mini synth epic. “Kathy Lee”, meanwhile is built around a sparse collection of percussive shakers and brief chord snatches where Lanza’s voice interact with abstracted backing vocals, and “Fuck Diamond” is constructed as a curious form of techno, where rattling claps and pulsating bass offer a full bodied contrast to Lanza’s wispier qualities. In each, Lanza’s vocals always provide the central axis around which everything else revolves.

Given their shared aspects, it would perhaps be tempting to say that Pull My Hair Back is easily the best Junior Boys album since So This Is Goodbye, but in truth it’s an album that stands apart from the duo’s more cloying musical aspects. In the devastating dry ice jams of “Against The Wall” and “Strange Emotion” Lanza seems to take on all the qualities of a emotionally lost chanteuse with the same alluring quality as Chromatics vocalist Ruth Radelet. Just as the Chromatics used Italo as a jumping off point for something much fuller, its clear that R&B be far from what comes to define what is a remarkably accomplished debut, and one of Hyperdub’s most interesting curatorial choices of recent times.