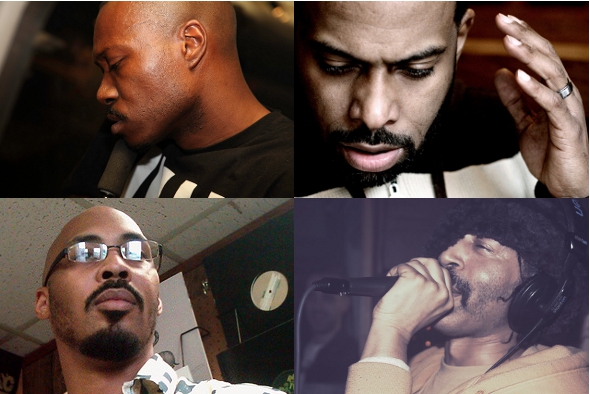 Hydra bring some Motor City heat to South London at the end of this month by presenting Detroit super group 3 Chairs with support from the NonPlus and Eglo crew – win tickets here!

After a seven year hiatus, the 3 Chairs quartet of Moodymann, Theo Parrish, Marcellus Pittmann and Rick Wilhite returned with some new material in March, issuing the modestly titled Demigods EP; now the group will grace London with a rare appearance, chairing proceedings at The Hydra’s South London takeover of Vauxhall club Fire on September 27. With 3 Chairs hogging the main room, the rest of the line-up is rounded out by rooms curated by NonPlus and Eglo Records. In the NonPlus corner, label boss Boddika is joined by Endian, Velvit (dBridge’s 4/4 alias) and White Material co-founder DJ Richard, whilst Eglo’s Alex Nut and Funkineven are backed by the legend that is Dego.

With tickets for the event down to the last release we are quite pleased to have a pair to give away – you just need to answer the following question. The competition will stay open until 2pm, Thursday September 26 with the winning entrant notified shortly afterwards.

[jp_comp question=”What was the name of the debut 3 Chairs debut album?”] 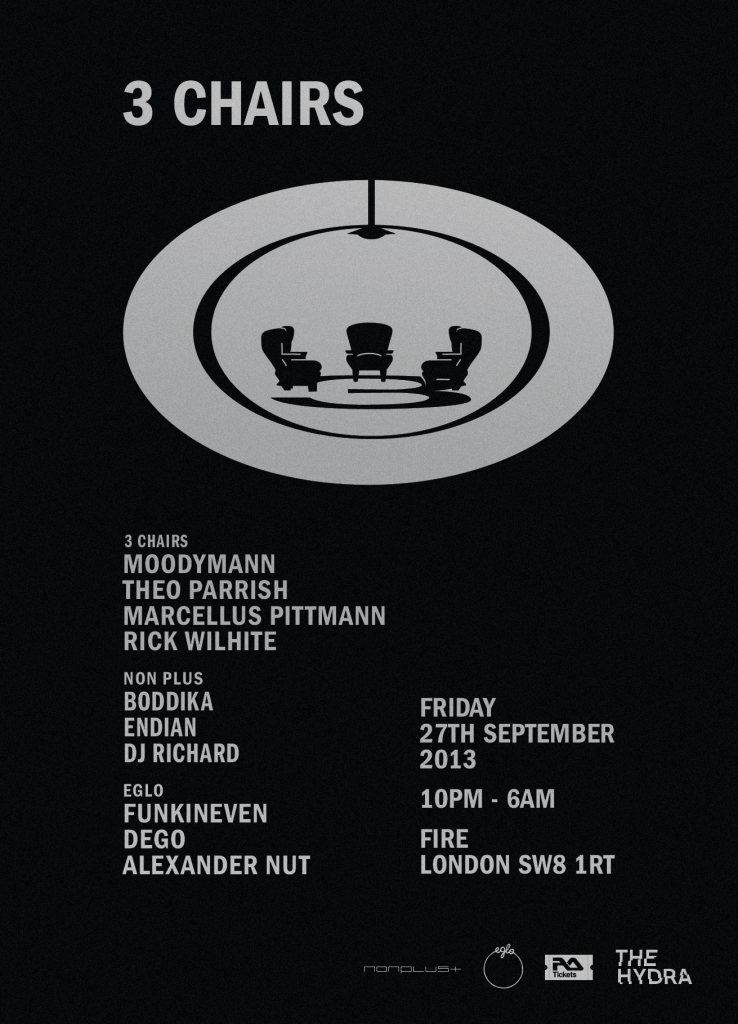