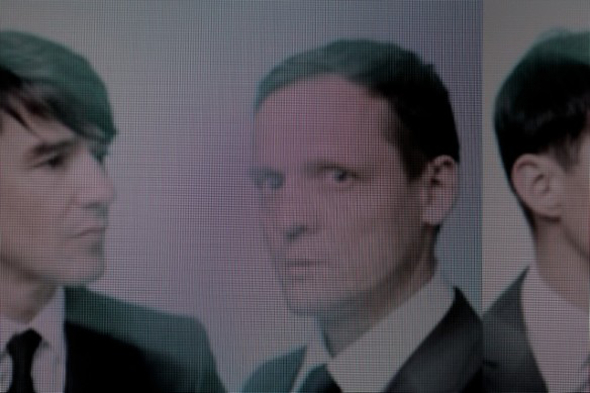 Diamond Version headline a London showcase for the upcoming Club To Club festival in Torino – we have tickets and Mute related goodies up for grabs.

This November sees the Alfa MiTo Club To Club festival celebrate its 13th anniversary of bringing cutting edge electronic music to the capital of Italy’s Piedmont region, and their line-up is perhaps the most impressive to date. Factory Floor, Andy Stott, Lee Gamble, Objekt and Kyle Hall are just five names plucked from the programme and Club To Club’s organisers are returning to the cavernous Village Underground venue in Shoreditch on the evening of September 19 for an equally impressive festival primer.

Headlining proceedings are Mute’s in-house 23rd century eyewear models Diamond Version, aka the collaborative outlet of Raster-Noton masterminds Alva Noto and Byetone, gracing a UK stage with their distinct live brand of distorted techno and socio political visuals for the first time. Adding some Italian flavour to proceedings are Vittorio Veneto trio Niños Du Brasil who also make their live UK debut and Walls member Alessio Natalizia who will be performing a DJ set of primitive Italian electronics based around his recent Mutazione compilation for Strut. A further “special guest” is yet to be announced.

We have a copy of Diamond Version’s most recent 12″ for Mute, the Niños Du Brasil LP and three tickets to the London show available for the winner plus a consolation prize of three tickets available to the runner up. The competition runs until Monday September 16 at midday, and winners will be notified via email shortly afterwards.

[jp_comp question=”What was the first ever record Mute Records put out?”] 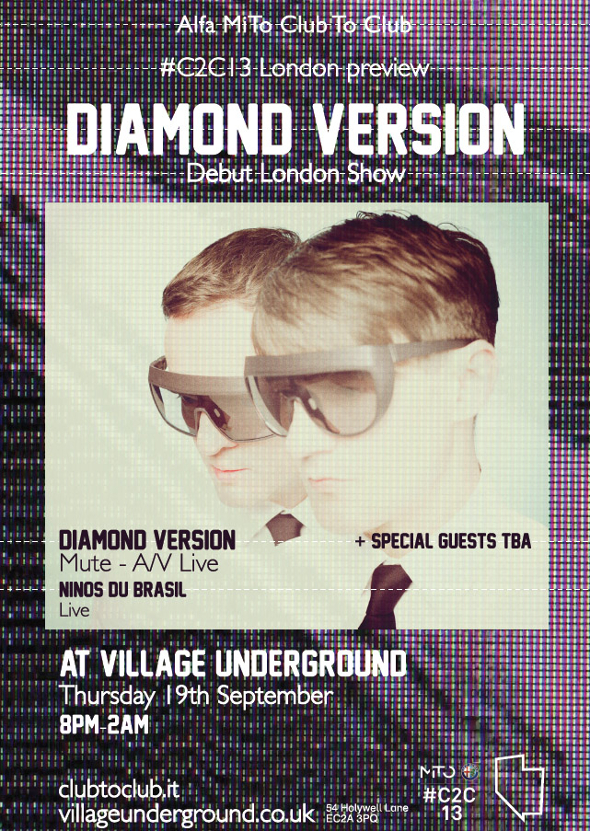