One Circle – Flight To Forever 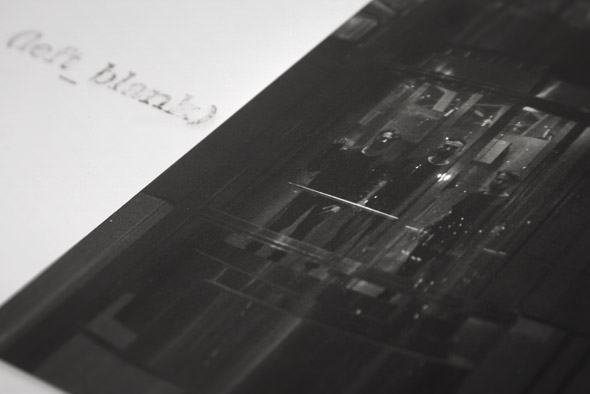 With left_blank firmly established as an outpost for experimental electronics pivoting around principles of house and techno, the label continues to embrace its confident remit of emerging producers over renowned ones with this latest transmission from One Circle. It marks the debut release for a trio of Italian artists who already have some levels of achievement to their name. Lorenzo Senni has previously appeared on Editions Mego, while Vaghe Stelle popped up on Monkeytown, and A:RA has previously been found composing soundtracks. Interestingly, those disparate but recognisable reference points actually intersect logically on this six-track effort.

The title track begins the EP in grandiose style, operating a vast array of melodic devices at conflicting rhythmic frequencies in an attention-grabbing statement of intent. The arpeggiated elements steal the limelight for the first half of the track, from top-end needlepoint trickles to bright, foreground barrages of rapid note triggering, while morphing pads bubble away in the background. Out of the bath of conflicting interests comes a discernible yet understated beat, and so the wayward elements have an anchor to bounce off. Fortunately the spirit of the track remains stoutly subversive, coming on like harmonious techno balladry while constantly jerking against the militant rule of 4/4 structures.

If “Flight To Forever” was a tribute to the misty eyed romanticism of early techno, “Delta City” follows it up with an abstraction of the moment it went darkside and got infected with the need to rave. That feeling is perhaps most inspired by the urgent tempo and looping amelodic hook, but as with the last track all is not what it seems. The beat sways drunkenly through some willful nudging of drum triggers, and just when you think you’ve come to terms with that disjointed state of affairs the track falls away into a droning mess of clanging chords and vapour releases. It’s an anti-breakdown of sorts, leaving you momentarily without a footing before that viciously swung rhythm kicks back in, frantically clawing its way back to that initial dark domain from whence it came.

There is no point where you can feel at ease on this record, and even in the briefest moments of calm a knee-jerk switch-up is just around the corner. Shorter track “Please” moves from tongue in cheek synthesised vocals to dramatic strings and tense drones over a half-step swagger before ditching the drums for a gentle meltdown. “Wipeout” has a more measured way in, starting in a bed of found sound and sustained notes before a broken beat with juke-like toms comes popping into earshot, but it refuses to sit still and instead works itself up into a jangling twist of synth lines. Ostensibly billed as the ambient closer to the physical release, “Immersive” can only hover so long in the soothing tones of its core musical construction before angular splats of drum machine and wonky lead notes leer in from the wings.

On Flight To Forever, the artists have clearly had a lot of fun crafting a damaged and fractured approach to compostion. At times that willful oddness comes on a little excessive, but the strength of the sounds themselves carries it through, leaving your brain spinning but not spun out. There’s a great deal of originality at work here, not to mention three very active minds feeding into the creative melee, and it bodes well for more unexpected treats in the future.