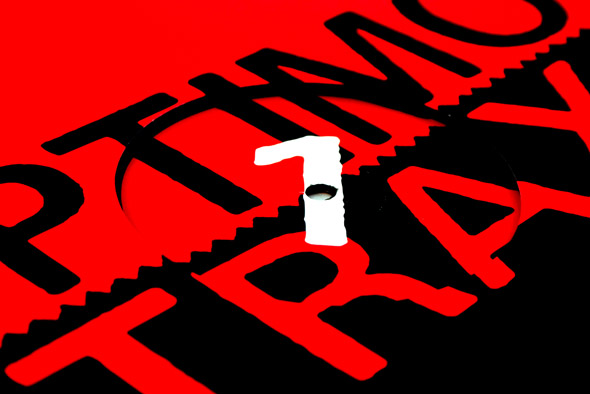 Keith McIvor is enjoying something of a purple patch. The Optimo Music man has been responsible for a clutch of excellent recent releases, including Peter Gordon’s collaboration with Factory Floor, the second instalment in the fascinating Autonomous Africa series, and the stunningly packaged new EP from Golden Teacher. Now, because he clearly has too much free time, JD Twitch is launching Optimo Trax – a new sub-label of Optimo Music intended to release “music that was specifically designed for dancing,” unearthing new artists and “excavating forgotten classics”.

Optimo Trax is inaugurated with a newcomer. L/F/D/M is a Londoner…and that’s about all we know. He studied with Dominic Butler of Factory Floor and this, his debut EP, marks him out as a producer with a skewed interpretation of classic tropes. The Purple Maps EP has a thudding acid heart, 303-esque basslines having been cast as the record’s unifying thread, fusing two otherwise quite disparate sides.

On the A Side the producer is deep in the fug of amphetamine confusion, seemingly emerging from the corner of some abandoned industrial building. Opener “Tracer” sees horror film pads tie together high-attack synth lines that occasionally, seemingly by accident, find themselves constituting a melody. “Abacus”, meanwhile, seems possessed of more forward motion, the disconcertingly hyperactive bass propelling the comparatively minimalist track towards its sirens-in-the-distance conclusion.

While the A side sees L/F/D/M in meditative mode, it is on the flip that the producer really lets loose. “Circuit Sweat” sets the tone here, opening in a whirl of chaotic oscillations as competing three-note basslines joust across the stereo field. These are offset against a pitch-wheel lick that strays dangerously close to electro-funk, while remaining just on the right side of tasteful. Although the acid sounds remain intact, “Circuit Sweat” marks a clear break, swapping the smoke machine murk for a subtly technicolour vision. The flecks of colour are pared back, fittingly enough, for “Greyscale”, the metallic clang of which indicates an affinity with the more unrelenting wilds of Berlin techno. Closing track “Exile” is an altogether more sedate affair, with furtive little melodic figures looped against the sound of a slow exhalation for three and a half minutes.

Purple Maps, then, is a game of two halves, clearly distinct but, through their shared instrumentation, also clearly part of the same event. In L/F/D/M’s hands it’s a neat trick, and one that augurs well both for his future releases and for those of Optimo Trax.