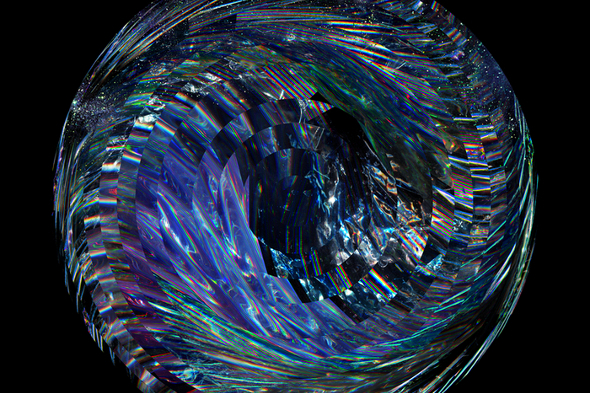 Under the stewardship of his excellent Lost Codes label, London-based producer Visionist has become one of several key figures overseeing the resurgence of instrumental grime in the capital. Although his recent EP for Berlin’s Leisure Systems has demonstrated there’s a growing appetite and appreciation of grime’s newer forms in locations outside of the UK, the arrival of I’m Fine on the Teklife crew’s Lit City Trax label is likely to raise a few eyebrows; although Teklife member J-Cush is a notable enthusiast of Visionist’s work, the label’s output has been firmly footwork-focused so far.

In line with footwork’s concise nature, the six tracks on I’m Fine constitute some of Visionist’s briefest tracks yet, with all but one falling under the three minute mark. However, despite their brevity and sample-based nature, these tracks are far from aligned with a sound that could be considered footwork, being closer to the ethereal R&B-infused US take on grime pushed by the Fade To Mind crew – most notably NGUZUNGUZU and Fatima Al Qadiri. Although Visionist’s tracks have always been clouded in a uneasily shifting cloak of sinister, smoky textures, these tracks have an element significantly more shimmering in their form, adopting a tone that’s more new age than eski grime.

The title track leads with keys and vocal samples cast in a shocking swirl of aqueous blue, while “Lost” exists in a state of unresolved mourning far abstracted from the emotive R&B source material. Without a driving rhythm to push them forward these tracks hover in a stasis lock; the beatless “Pain” is the most extreme example, an abstract structure of square wave bass and dislocated vocal harmonies. Given the ethereal quality of these tracks it’s unsurprising that “The Call” constitutes a collaboration with Fatima Al Qadiri; it’s probably the most melodically emotive track on the EP, with an ascending and descending bassline that travels through an increasingly complex chord progression, never allowing itself to grab hold of any emotion that’s overly simplistic.

However, it’s the more driving tracks that offer the most fully formed examples of Visionist’s hybrid sound. The whipcrack snares of “Escape” break the mood of abstraction by offering a welcome framework to the gelatinous melody, but “I Don’t Care” is perhaps the most striking and satisfying track of the lot; its thick bassline is pure second wave Detroit techno, with just enough narcotic muck coating it to bring to mind Actress’s Hazyville. Grime’s resurgence is getting a lot of attention right now, but if you want a taste of where the genre might be heading next, the transatlantic exchange of ideas that make up these tracks are a good place to start.