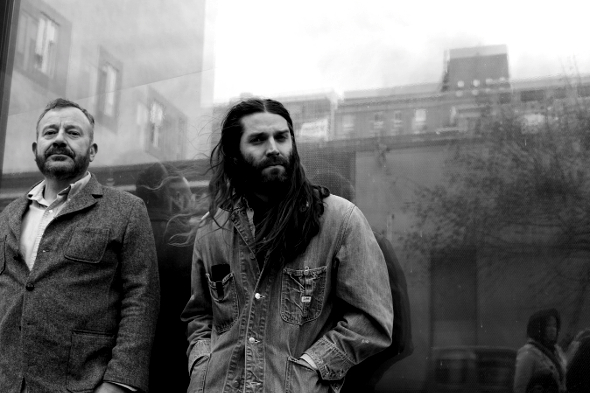 Stream a track from the forthcoming Journey from Anywhere album by Compound Eye on Editions Mego.

The Compound Eye project is shared by a Scottish-American pairing who command a fairly daunting collective reputation in more experimental circles; former Coil band member Drew McDowell has been collaborating with Tres Warren (of Psychic Ills and Messages fame) for some time and recently their work together has manifested itself in recorded output. The forthcoming Journey from Anywhere is the second Compound Eye album in as many years, and originates from a series of improvised recordings made between 2010 and 2012. Editions Mego describe the eight track album as “music which has the potential to melt time, open space and create a flowing web of liquid memory” which is very apt on the basis of the five minute excerpt of “Archaic Atmosphere” streaming below.