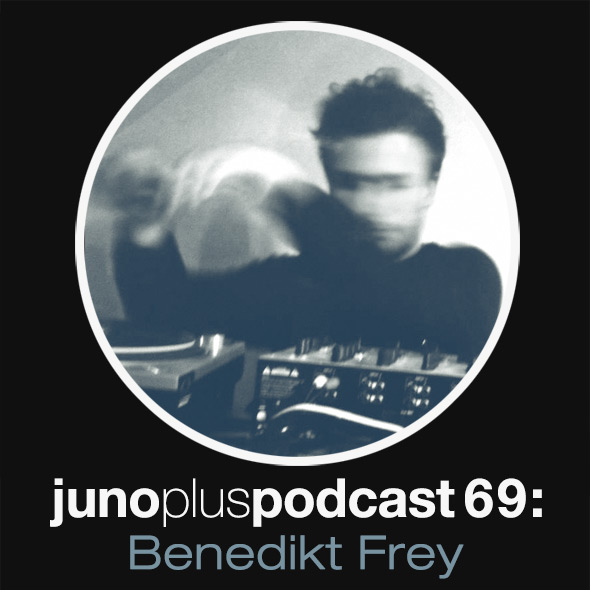 Ninety minutes of superbly mixed deep house from a student of sound.

Releases from Benedikt Frey under his given name are a relatively new occurence, with the young German’s production path commencing under the Suedmilch banner at the turn of the decade with an initial focus on a sound grounded in minimal and dub techno. As Frey’s tastes and production chops matured, his output has gravitated towards a house shaped tempo, first under the name Venedikt Reyf and eventually under his proper name with releases on Ethereal Sound, Mule Musiq and Live At Robert Johnson.

Benedikt Frey’s arrival on the latter label has coincided with a relocation to Frankfurt Am Maim where he’s currently studying, and given the city’s heritage the producer is well placed to further develop his interest in the deep house sound. Having debuted on LARJ last year with the well-judged Running In Circles 12″, Frey’s alliance with the label and club has continued with an appearance on their compilation Lifesaver as well as several DJ slots at Robert Johnson (most recently alongside Ben Klock) with further material promised.

There’s a lack of online coverage out there on Benedikt’s output to date that tallies up with his unassuming nature; corresponding with the producer for the purpose of this mix, we got the sense Frey prefers to let people discover his music for themselves. Hopefully Benedikt’s hugely impressive mix of records old and new will encourage more people to investigate his own productions, be it his solo releases for the aforementioned high profile labels, or the material he has issued on his own Love Pain Sunshine & Rain label, or the collaborative work done with Locoto as v-to-the-d. All this and more is covered in the questions Frey answered to accompany his 90 minute selection.

Greetings Benedikt, how are things?

When did you start making music and DJing and what drew you to it?

I got drawn to DJing at seventeen, inspired by all kinds of electronic music, especially drum & bass. Whilst searching for new music I´ve got to know more about methods, structures and aesthetics in music production. So I felt the need to experiment with sound. After doing this for a while I started focusing on how to patch/layer complex sound structures in and with the arrangement.

You’re currently based and studying near Frankfurt correct?  It’s only after reading Come Into My Kitchen (the LARJ book) last year that the importance of Frankfurt on European clubbing was really made apparent. Was there a sense of inevitability that you’d be sooner or later be drawn to the city as a producer and DJ?

I just moved because of my studies. Nevertheless I like being around Frankfurt.

You’ve produced under various aliases since you first emerged, what made you decide on the current stylistic approach under your given name?

I started young, the Suedmilch thing back in the days was a lot of experimenting with digital composing. After two or three years I didn’t want to release under this alias anymore. So I went on as venedikt reyf which only changed into my real name by accident. In the end it was the trap of releasing music too early. Now my sound mark has a more authentic shape I can stand for with my real name.

How did the release with LARJ come about?

After my Fairytale EP on Mule Electronic I got connected with Oliver Hafenbauer, he asked me if I´d like to send him some music.

Obviously you also contributed to their Lifesaver compilation too, will you be working on more releases with the label

You’ve played at Robert Johnson quite a few times now, any memorable nights in particular?

Yes, I assume it was the first night. The crowd went crazy. Some of them told me that they couldn’t understand what just had happened to them while I was playing. Immersion succeeded.

Can we discuss your current musical projects; firstly you founded the Lopasura label at the start of the year. Do you have more releases planned on it?

Is this an outlet purely for your own material?

No, I just wait until I find or receive inspiring music.

And you also collaborate with David Georgos under the v-to-the-d banner. How did this come about and do you have more planned?

We both worked together with a good friend of us (Paul Eidner). That´s how me met. We finished an album nearly one year ago, we just wait until WHITE comes up with a release date (at some point next year).

What other releases do you have planned over the next few months?

There will be something, but I can’t tell you when.

Thanks a lot for doing this mix, it’s very enjoyable! It seems like you have quite a deep record collection?

Where are your favourite spots for digging?