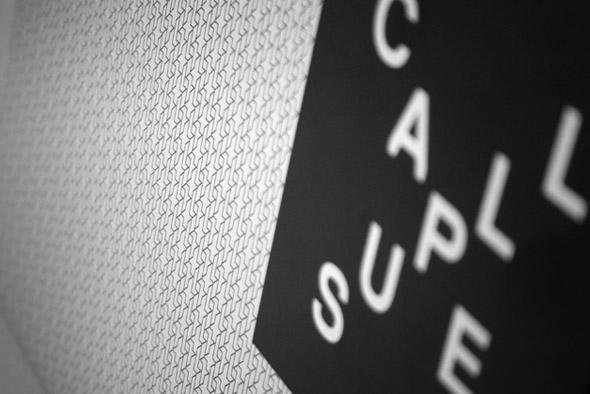 The position that Fabric occupies allows it the scope to either do a lot of cultural good or to just use another medium to consolidate their name. It would be easy for the London club to keep on churning out their often excellent mix CDs as their only inroad into the field of recorded music. Thankfully, they have decided not to limit themselves to this activity and are also behind the Houndstooth label, which they have wisely allowed Rob Booth to A&R.

The result is that Houndstooth is gearing up to release one of 2013’s most talked about records in Paul Woolford’s Special Request album. More interesting than this development however is the label’s decision to put out Call Super’s Black Octagons. JR Seaton’s latest record is a fascinating one because it wraps up so many sounds and styles, says so much about where electronic music is at yet does it in a such an idiosyncratic manner. The title track is halfway between electro 808s and the crashing drums of Chicago house, this blurring articulated by modern production techniques.

To this terse rhythm he adds sonic squiggles, machine gun snare bursts, a big break down and his own take on the gloomy synths of “Polygon Window”. It’s familiar but alien, like a tune that your brain has registered at a party but which you hear with fresh ears the next time that you’re out. “Informer” is also a straight dance floor track, its heavy drums sounding uniform and straight at first. However, as it progresses it makes way for a detuned synth line that like “Black Octagons” progresses into another eerie segue. In the background, the drums get more grinding, the bass purrs more menacingly.

It’s hard to believe that the same producer made “Dewsbury Severance”. The only connection are the synths, but in this instance they are subdued and muffled, as if Seaton is withdrawing from his engagement with his audience. In so doing, he uses bursts of percussion, abstract, dissected beats and found sounds, like the shriek of birds and muffled vocals. It’s an inauspicious end to a fascinating release and proof that patronage, if implemented wisely, can have huge benefits.

A1. Informer
B1. Dewsbury Severance
B2. Black Octagons