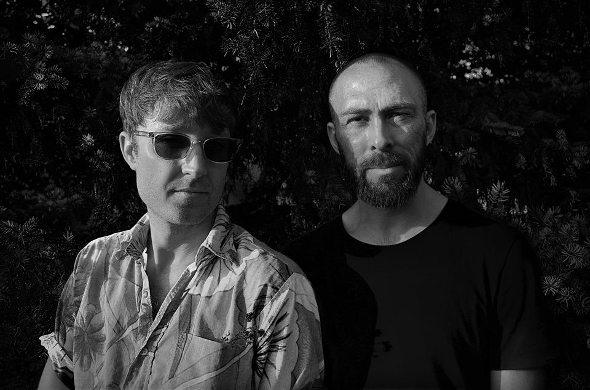 Kontra Musik will issue a second long player from the Jonsson & Alter pair in November.

The Malmö-based label gave birth to Henrik Jonsson and Joel Alter’s collaborative pursuit in 2011 with two 12″s that ultimately preceded their debut album Mod. The two Swedes met in Berlin after moving to the city separately and have remained faithful to Kontra-Musik ever since, releasing the For You EP last year, which was complemented by Kontra commissioned remixes of their LP material by Minilogue, Donato Dozzy and Aniara’s mystical Dorisburg project.

The inspiration behind the duo’s nonchalantly titled second album 2 apparently derives from the time Jonsson & Alter spent performing the previous album live and wanting to incorporate “heavier beats”. Where Mod was mixed on computer speakers in a bedroom, Joel Alter has said in a Kontra press release, “this time everything is recorded and mixed in a proper studio. The production sounds much better and more dynamic.” The result is a nine-track album (excluding digital-only and vinyl-only tracks) that sees Jonsson & Alter produce a refined and matured follow up to their debut, while managing to maintain a raw and housey aesthetic. Listen to clips of the forthcoming LP over at Kontra Musik’s website.

Kontra-Musik has slated Jonsson & Alter’s 2 for vinyl release on November 18 with the digital edition to follow in December.