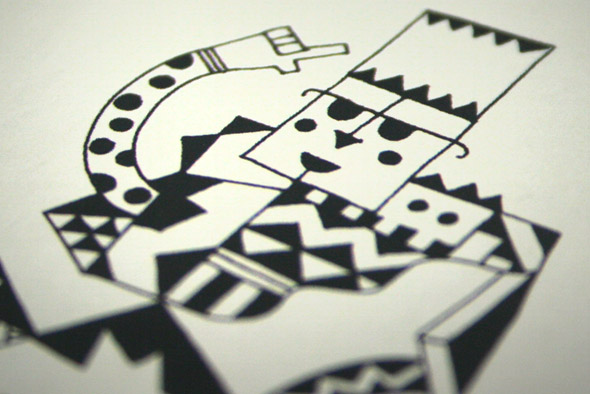 Planet Mu have long been renowned for the weird and wonderful diversity of their music, though it’s hard to remember them releasing quite as big a curveball as this debut full-length from the South Africa-based combo John Wizards. While rooted in electronic music – and, in parts, the sort of vivid, colourful, off-kilter electronica with which Planet Mu is famous – it is in essence an African pop record. Yet there’s much more to it than that.

John Wizards is primarily the work of two people, South African musician and producer John Withers and Rwandan singer Emmanuel Nzaramba. The duo first met outside a coffee shop in Cape Townin 2011, when Nzaramba – then working as a security guard – spotted the guitar strapped to Withers’ back and they struck up a conversation about music. A year later, they bumped into each other again, started talking and realized that they lived on the same street. It wasn’t long before Nzaramba was adding vocals to some of Withers’ productions. A friendship and musical partnership was born.

The partnership between the two African musicians is key to the success of John Wizards, which has now expanded to a fully-fledged six-piece live act. Withers’ experimental approach and ear for a pop melody provides the backbone, while Nzaramba’s vocals, sung in his native tongue, give the project an air of authenticity. As a result, much of the material on John Wizards sounds like African pop and – as a result of its Shangaan Electro influences – dance music, dragged kicking and screaming into the 21st century. As a result, the listening experience is uplifting and at times joyous.

For the most part, the tracks are short, meaning that the album rattles along at a furious pace. One minute, you’re listening to a woozy, wide-eyed combination of synthesized South African melodies, verb-laden rock guitar solos and tropical electronics (“Tek Lef Shrempf”), the next a kaleidoscopic chunk of auto-tune heavy mbaqanga bliss; all glistening guitars and soft-centred electronic rhythms, with just a whisper of traditional African percussion. This in turn segues into “Limpop”, a sparse, jumpy, excitable take on Shangaan electro. The following track, “Muizenberg”, sounds like lo-fi indie and James Blake style fragility given a sun-bright South African makeover, while its successor “Iyongwe” offers a morning-fresh blast of rockin’ instrumental synth-pop, complete with squidgy basslines, bold electronic melodies and more reverb-laden guitar solos.

These are just the opening six tracks and the album continues in this diverse vein. The listening experience veers from downtempo surprises such as the crackly, wonk-hop atmospherics and Juju guitars of “Maria” to life-affirming jams like the cascading mbaqanga guitars and electronics of “Lushoto” and impossible-to-pigeonhole fusions in “Durvs” and the fuzzy “Hogsback”. In truth, it’s a lot to take in all at once. Its vivid colours, joyous approach and melodic intricacies impress from the word go, of course, but it’s only with repeat listens that you’ll get your head around everything that’s going on; the range of influences, the interesting ideas, the sonic subtleties of the production. Once this soaks in, you’ll love it even more. It is, beyond any shadow of doubt, one of the most startling and dizzying debut albums this year.