Full details are revealed of the “Hackney Parrot” producer’s full debut for the long-running label.

Coming to prominence last year with stellar singles for Punch Drunk and 2nd Drop, Ed Russell has developed a unique style that incorporates elements of jungle, classic hardcore, techno and contemporary bass music. Although producers like Special Request and Pearson Sound have been making their own inroads into these fusions of late, “Hackney Parrot”, Russell’s recent single for his own Poly Kicks label, saw him meld these elements into something refreshingly unpretentious and quite unlike anything else in its field this year (apart from perhaps Special Request’s equally deranged “Hackney Parrot VIP”).

News that Russell would be joining his brother Tom (aka Truss and MPIA3) on R&S emerged in July when he remixed Alex Smoke for his recently R&S release, and now the exciting full details have been confirmed by the label. The three track Nancy’s Pantry EP sees Russell continue to develop his style in increasingly imaginative ways, with the “thundering techno” of the title track augmented by an edited Think break, “Horizon” augmented by “repeating chords that recall the heady days of rave” and “Gateway” made up of “sub bass, siren-like synths and quaking kick drums.”

R&S will release Nancy’s Pantry on 12-inch and digital formats on October 7. 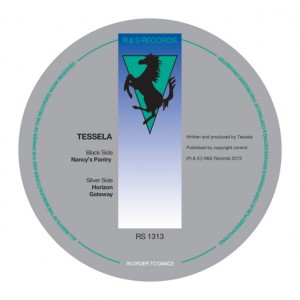