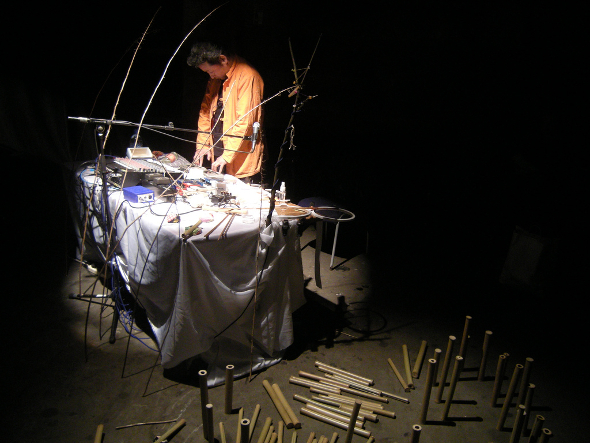 Marginal Consort are a Japanese improvisation group of sound and visual artists that formed in the late ’90s, with a lineage that’s traceable to the mid-70s with some of the band’s members integral to a project called East Bionic Symphonia. The group’s members have made a point of meeting each year to perform one live show, which they have done annually since 1997. Recorded during the 2008 edition of Arika’s INSTAL festival in Glasgow, all of the music featured on INSTAL. Glasgow 2008 comes from the one live performance. The forthcoming box set is undoubtedly the most ambitious release from Bill Kouligas’ label so far, though it’s relatively light in comparison to the recently announced and slightly daunting 16 CD Trax retrospective on Harmless.

Furthermore, the 4xLP set represents the improvisational act’s first vinyl release, adding to the two CD albums Marginal Consort have released in the past 15 years. According to a PAN mailout, the performance incorporates, “bamboo, electronics and the contents of a local ironmonger’s bin,” with Kazuo Imai of Marginal Consort explaining that the group does not produce harmony, individual concepts and group fluidity, but coexisting time frames and intersecting rhythms. INSTAL. Glasgow 2008 comes with liner notes by Arika’s Barry Esson, extended photo documentation by Bryony McIntyre, artwork by Bill Kouligas and of course has been mastered and cut by Rashad Becker at D&M.

PAN will release INSTAL. Glasgow 2008 on September 6, while Marginal Consort, in conjuction with PAN, will play a rare three-hour concert at South London Gallery on September 8. 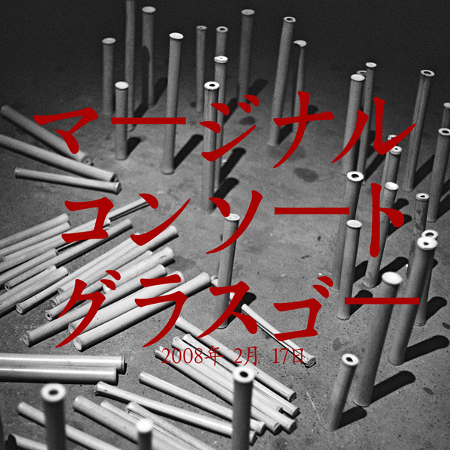