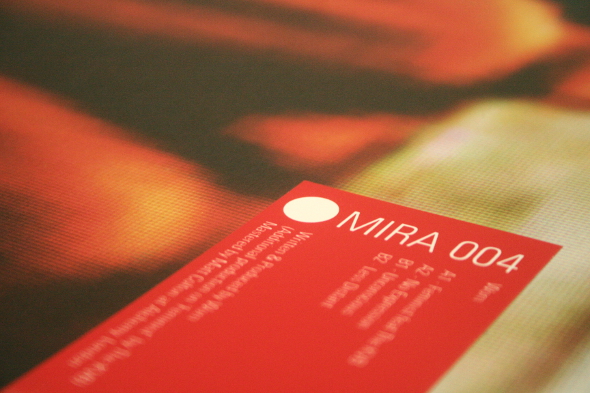 Since Avian’s inception in 2011, Shifted’s presence as a producer has been felt a lot more than fellow co-founder Ventress; furthermore we have a much clearer idea of everything the former is capable of thanks to the raft of stylistically varying releases under numerous aliases that supplement Crossed Paths, Shifted’s well regarded debut album for Mote Evolver. If there’s an element of friendly competition between the two, then the Feminist 10” can be viewed as an attempt to redress the balance in favour of Ventress as the producer explores his more experimental inclinations as Worn, while gracing Avian sub-label Mira for the first time.

Ventress first adopted the Worn moniker earlier this year, reworking “Old Life” by leather core duo The KVB as part of the Immaterial Visions Remixes 12″ issued by Cititrax earlier this year. Despite some high profile competition from Regis and Silent Servant it remains this writer’s favourite rework, unfurling in a druggy and dragged out shoe gaze manner that’s reminiscent of some of Echodek, Adrian Sherwood’s full length dub out of Primal Scream. Given the platform to explore the Worn sound further, Ventress delivers wholly different results on Feminist.

The title track is a collaboration with The KVB front man Nick Wood, who contributes jagged Spaghetti Western style guitar lines that shoot out in mutated fashion across a stark soundscape of foreboding feedback; a singular resonating synth line offers the merest hint of rhythmic interest for those looking. It’s a telling primer for what’s to follow, with Ventress not so much embracing the experimental remit of Mira as dragging it heels first into the darkest recesses to demonstrate how far he’s willing to deviate as Worn.

This is most apparent on “Unconscious” which feels similar in execution to some of the recent Test Pressing releases from Demdike Stare, flirting with the idea of appeasing to the needs of the dancefloor but in the end giving in to its own devilish impulses. The track brandishes the same weighty, crud infested drums that made Bleaching Agent’s inauguration of Mira so thrilling, but here they feel slowed down and stretched out with the results even more capable of flooring foundations. Briefly there’s a moment where Worn attempts to orchestrate a diversion into grotty basement techno as a pulsing undercurrent tries and fails to break through the sheer density of the production.

By comparison, the minimal percussion on “No Expression” lumbers forth with wooden sounding mechanical precision, allowing Worn to focus on crafting an increasingly hellish outer shell of sonics. It takes a few listens to actually discern the sense of progression but it’s there, screeching and swelling to the point of implosion before the track literally fizzles out to nothing. On final cut “Less Distant”, the notion of rhythmic momentum is discarded completely, allowing the production to exist in glowering, floating stasis. The sense of tension executed here perhaps offers the most accomplished example of the sonic distinction between the Ventress and Worn aliases that the producer is trying to instil.

A1. Feminist feat. The KVB
A2. No Expression
B1. Unconscious
B2. Less Distant