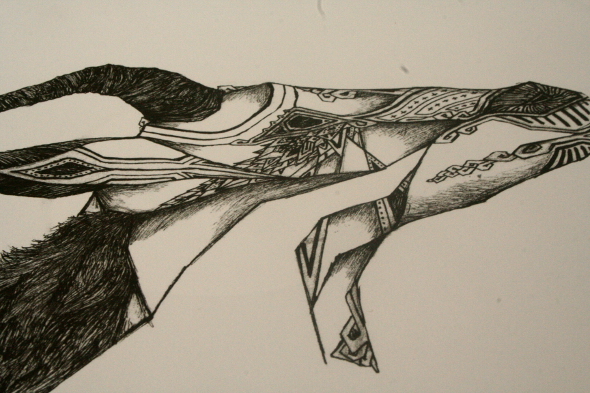 While the title may give the impression of reissued tracks from the vaults, the third instalment in Indigo Aera’s Lost Archives series is simply a continuation of the Dutch label’s commitment to soul-searching techno that champions all the original principles of the genre. Those principles focus on melody and adventure as much as intensity and dance-ability, one eye on the future but always guided by emotion. It wasn’t called machine soul for nothing.

On this particular release, the label spans two separate generations of techno producers, with Stephen Brown representing the old guard as a Scottish producer of note since the mid ’90s, and Jonas Kopp stepping up for the modern contingent with releases reaching back to 2006. Of course in terms of electronic music such age differences are somewhat irrelevant, not least when there is as much backwards reflection as there is innovation in these times. What is certain is that Indigo Aera’s curatorial ethos gives rise to techno that delivers on every level, making for some of the most well-rounded cuts out there.

Stephen Brown has always displayed a keen gift for creating skipping, densely packed grooves, and “The Flow” is no different. The first half of the track is pure rhythm, using a spread of percussion from delicate organic timbres to brutish electronic thumps to whip up a feverish energy that begs for drawn out mixes and intense physical reactions – a track that verily summons the image of the darkened room in which it should be heard. At the midway point, Brown expertly rounds off this purist drum funk with that aforementioned soul that makes the fully balanced techno track.

In this case the soul comes from an ethereal pad arrangement which glides gracefully into the background, shaped in such hushed tones as to not disturb the marauding beast of a beat at the front of the track. In the combination of heartfelt harmony and vaporous sound design, even such a subtle addition elevates the track to a higher spiritual plain, and what is techno if not the champion of less bringing more?

Jonas Kopp has less of the groove-based nuances that Brown embraces, instead wasting no time in surging forth with a gutsy kick and some light layering of sound design. Kopp can certainly be known to veer into the more monochromatic end of the techno spectrum, but in keeping with the release ethic “Telergia” finds him reaching for the synths just as much as the drums. In this case, a shining flash of chord flies in perfect alignment with the beat to add to the urgency of the track, mirroring the classic techno trick of using something as soft as a melodic line to ramp up the kinetic force instead of reaching for extraneous clangs and bashes. The extra detail that Kopp does work into the track comes in refined minimal dots and dashes that season the staccato mechanics rather than trying to steer anything off course.

There’s no great shock of the new to be found here, but rather a perfect demonstration of everything great, timeless techno should stand for. In the end it doesn’t matter whether these tracks were unearthed from the producers’ archives or whether they were produced to order – in meeting the demands Indigo Aera set out they make for utterly magnificent cuts that beg to be played out, and surely that is the most important issue at hand.