The label’s diverse year of releases continues unabated with debut LP from Misty Conditions due in October.

Misty Conditions may be a new name but the duo responsible for the project are both names with previous form for the label operated by Mike Paradinas. Henry Collins is best known for his mangled breakcore and jungle abstractions under the now retired Shitmat name – DJ Cheese & Ham Sandwich is our favourite alias of his however – and has numerous releases on Planet Mu in his discography whilst the Washington DC born Richard Wilson previously graced Mu in 2009 with a 12″ of smudged out dubstep under the Burnkane alias.

Entitled D’ZZZZ and brandishing some striking hyper realised cover art, the forthcoming album might be the first tangible release from Misty Conditions, but Collins and Wilson have been throwing ideas around for some time. Having first got together a few years ago and spent a few days holed up in Collins’ studio working on ideas, the pair elected to continue the project via the internet whilst Wilson was based in Los Angeles and Collins camped out in France. Intriguingly each of the album’s nine tracks begins with the letter D and those familiar with their individual work might be surprised by the slightly slower tempo adopted by Misty Conditions, though D’ZZZZ does barrage through a number of bass heavy styles in a manner that is befitting of release on Planet Mu.

Planet Mu will release D’ZZZZ by Misty Conditions on October 7. 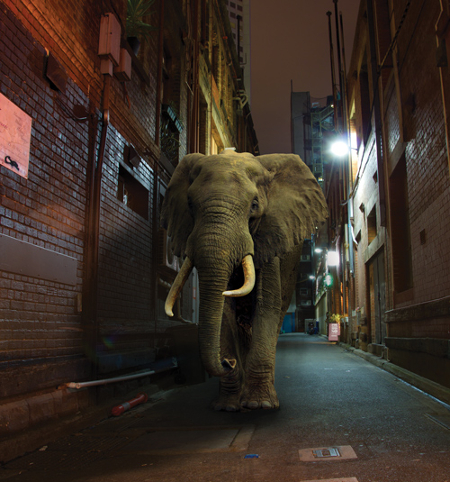