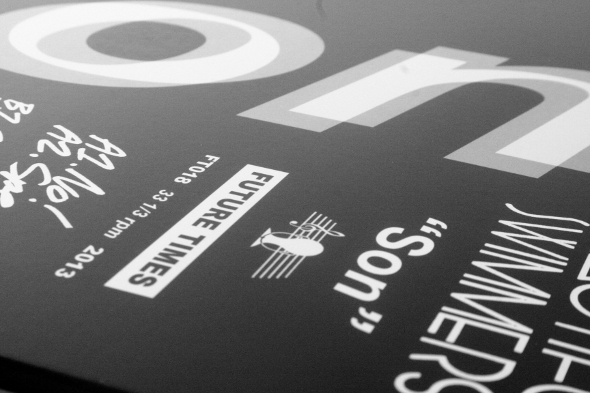 The proposition of Voices From The Lake producer Donato Dozzy producing an entire album of Bee Mask reworks has inspired mass salivation, and the finished result – Donato Dozzy Plays Bee Mask, released on the excellent Spectrum Spools label – doesn’t disappoint. Taking Bee Mask’s “Vaporware” track from last year’s release on Room40, Dozzy manages to construct seven entirely new tracks from the material, with the sublime “Vaporware 07” a standout moment. Similarly anticipated was Japanese Zelkova, the solo return of Bookworms to the L.I.E.S. label following that killer white label last year, and its three tracks showcased a tough yet dreamy style that showed a clear influence from his Confused House sessions with Steve Summers.

This week also saw the vinyl release of Beautiful Swimmers’ Son, which displays Ari Goldman and Max D’s collective influences across nine tracks, with elements of Chicago jack and proto-house, hip-hop, disco, boogie, dub, ’80s afro grooves and new age ambience all apparent – unsurprisingly, its pretty good. Other solid house offerings this week came from some unexpected quarters; Electric Minds tapped up Autonomic don dBridge for another round of deep house tracks under his Velvit alias, with the Nudge 12-inch providing a suitably atmospheric take on the well-worn deep house formula, and UTTU boss DJ Haus and UKG figurehead DJ Q teamed up as Trumpet & Badman for the Jersey house-leaning sounds of Love Keeps Changing.

This week was a frankly massive one for techno, with a number of big UK names all debuting new collaborative projects. First up were Perc and Truss, who provided Spiker, the second release on the Perc Trax Ltd sublabel. As you’d expect from such a heavy-hitting pair, the three tracks don’t take any prisoners, particularly “Clapacid”, which combines angular hardcore stabs with some MPIA3-style 303 tweakery. Next up was the first collaboration between Shifted and Sigha under the Model Authority banner, with stern, frazzled 4/4, broken industrial rhythms and searing noise interludes the order of the day, while seasoned UK techno producers Ben Sims and Paul Mac stepped up to Untold’s Pennyroyal label for their first team-up under the Fokus Group moniker – expect banging party techno of the rave persuasion.

On a similar tip was the third release from the Brothers stable, featuring the unlikely team up of Bad News and TBD member Douglas Lee and Power Vacuum boss Milo Smee, whose track “The Verge” sees Drexciyan textures fall into a galloping 4/4 framework. On the flip was two tracks from Neil Landstrumm and Forward Strategy Group’s Patrick Walker – with both featuring some electro and rave-inspired sounds that provided some welcome respite from the gamut of industrial sounds. Of course there were plenty more hard-hitting releases, with the anonymous Blacknecks project making a return with four tracks of squealing techno for the floor, and Pennyroyal regular J. Tijn making his WNCL Recordings debut with an EP of scuffed-up dub-style techno.

Slightly less intense sounds could be found on Trevino’s latest for Martyn’s 3024 label, with the 3&1 EP delivering some of the deepest, trippiest sounds of the moonlighting D&B producer’s techno career thus far, while Avian producer Ventress also made their debut on the Mira sublabel under the Worn alias, with Feminist featuring four tracks of dread-laden sound design that also saw The KVB enlisted to assist on one track. However, for sheer variety alone the first fruits of Skudge and Kontra-Musik’s new label union stood head and shoulders above the rest; those present on Skum One included Skudge, MRSK, Frak and TM404, with the hypnotic tribal club tool of MRSK’s “Less Youth” standing out for particular praise.

Out on the fringes this week were a number of stellar 12-inches, not least the appearance of Mark Fell on Mute’s Liberation Technologies sublabel. Those familiar with his work with snd and as Sensate Focus project will know what to expect, though n-Dimensional Analysis aligns itself closer to the former, moving well away from dancefloor considerations in its intense disposition. Twitter hero WANDA GROUP also returned with the magnificently titled Masculinity Is A Wonderful Thing, which sees Louis Johnston align two long form productions that apparently pay homage to his father and grandfather across some deeply immersive sonics drawn from a collage of sources. Dominick Fernow’s Bed of Nails label also provided Water Rose Above The Head, the latest gauzy macabre transmissions from Rainforest Spiritual Enslavement, built from the DNA of field recordings and found sounds.