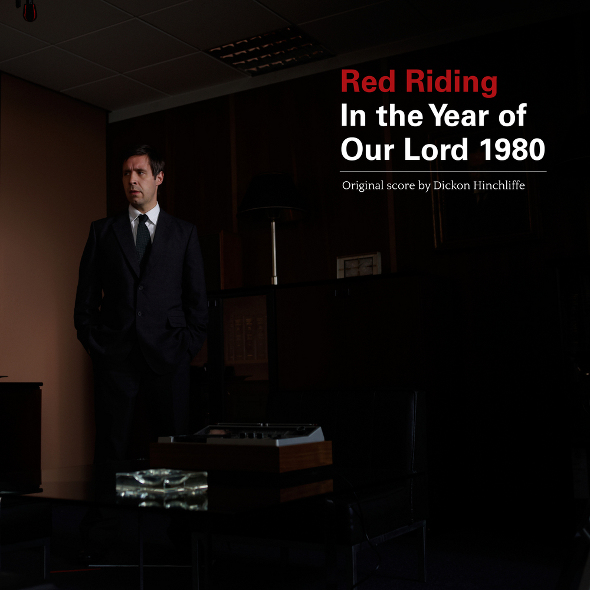 Label to release vinyl edition of Dickon Hinchliffe’s original score to 1980, the second film in the Red Riding trilogy.

Blackest Ever Black are no strangers to the world of film scores, having previously released music from an aborted version of the Johnny Mnemonic soundtrack composed by Stuart Argabright’s Black Rain project. Their next foray into this world is something quite different: a vinyl edition of Dickon Hinchliffe’s score to 1980, the second part of the Red Riding trilogy originally shown on Channel 4 in 2009, adapted by Tony Grisoni from David Peace’s four novels. Taking place amidst the backdrop of the Yorkshire Ripper murders spanning 1975 – 1980, and focusing on Paddy Considine’s portrayal of policeman Peter Hunter, the score is an appropriately bleak subject matter for the label.

Composed by Tindersticks member Dickon Hinchliffe – who has also composed scores for films such as Forty Shades Of Blue, Project Nim, Winter’s Bone and Rampart – and performed by a small string ensemble augmented with bass, guitar and percussion, Blackest Ever Black head Kiran Sande writes that: “Hinchliffe’s music for 1980 articulates Hunter’s journey from righteousness to ruin, his optimism gradually consumed by dread and paranoia. Even at its most tender, its most hopeful, its most soaringly romantic, the stench of death is all over it.” 1980 will come in a vinyl LP edition of 1000, in full colour gatefold sleeve as shown above.

Blackest Ever Black will release Red Riding: In The Year Of Our Lord 1980 in mid-October.

A1. The Ripper
A2. Your Answer
A3. The Moors
A4. The Karachi Club
A5. The Ridings
A6. Ripper In The Belly
A7. The Confession
B1. Christmas
B2. Hall’s House
B3. To Fitzwilliam
B4. Five Men, Five Guns
B5. The Karachi Club Shooting
B6. Peace At Last