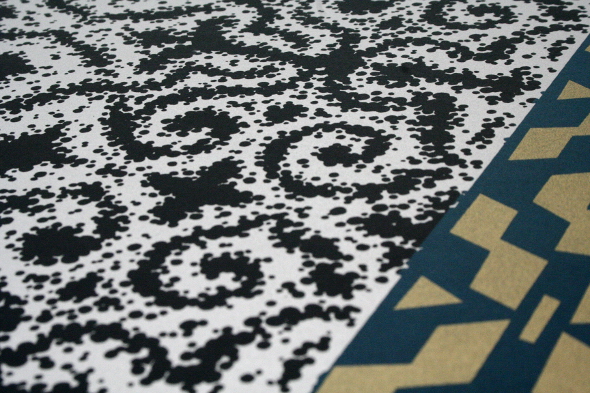 It’s quite staggering to think that Vakula only first emerged five years ago with the One Night In Konotop City 12” on Quintessentials. From a spot of relative isolation deep within the Ukraine in his home city of Konotop, the producer trekked his sound into the heart of the house and techno scene without conforming to any particular rules, and now his discography stands proud if not a little intimidating.

Now seems as good a time as any for an album from the man who goes by Mikhaylo Vityk by day, although it should be noted that his Vedomir turn on Dekmantel last year came on like a more considered full-length piece. As the title of this collection for Firecracker suggests, this is more of a gathering of unreleased tracks rather than a projected long player, but like so much of the house music that emerges on the Scottish stable, there is an infinitely listenable quality to Vakula’s music which translates neatly to almost any situation.

As one of two previously-aired offerings on the LP, the album dub of “Mama Said Go Slow” is as prime an example as you need for this idea that exists behind all of the Vakula output. A veritable smorgasbord of percussion, both mechanical and organic, twists and trysts in a low slung 4/4 groove which is enough brain fodder to be getting on with, before the subtle touches of synth and keys come sneaking in. In many ways it’s a convoluted construction, but with a central theme as alluring and satisfying as the instantly memorable melodic hook, it’s never hard to get into Vakula’s frame of mind. In this dub version, a more disorientating approach is taken as clattering details of percussion are dispatched below the surface to give a constantly rumbling sensation to the rhythm of the track, but it never falls from its course as a sumptuous deep house offering.

Therein lies the unique charm of Vakula, as he deftly fuses wild experimental tendencies with direct house satisfaction, but of course a producer with as ranging a sensibility as his would never limit an album to just one style. First track proper “Jazz Mutants” is an excellent case in point, with its beat seemingly derived from a kind of bastard footwork, letting a sweet and heartfelt intro of swelling chords and subtle pulses give way to a true jazz freak out of Sun Ra magnitude. Somehow, as the synths get all messed up and the chords go modal, the beat stays solid so as to keep things palatable.

In another fine display of diversity, “Sleepy Vision” is a remarkable achievement that places all the focus on Vakula’s considerable musicianship. Expressive keys, looping acoustic guitar plucks and tiny shuffles of percussion and found sound stretch themselves out over an expansive ten minutes of blissful, mellow jazz that uses sheer playing talent to create the peaks and troughs without ever reverting to drums. Truly embracing the long-form jam spirit, the track moves through many phases of diverse instrumentation while managing to retain the core mood of the piece; a true progressive achievement that could be labeled self-indulgence were it not so pleasant to listen to.

Indeed it seems this release was a chance to unearth some of Vakula’s more adventurous studies that might not have sat so comfortably on a single release, but there’s still plenty of the maverick house he has made his name on. Whether it’s the dubby ripples of “In My Head” or the effervescent jack of “New Romantic”, there are plenty of moments of stellar groove to be enjoyed amidst the wilder moments.

Rather than provide a logical summation of Vakula up to this point in time, in many ways this collection has thrown the net even wider open as to what we might expect of the producer in the future. He’s forged his career on being a wild card, and yet at every turn he exaggerates that point further without ever losing that innate accessibility. For that, he is a rare gem in music to be cherished, so long may it continue.