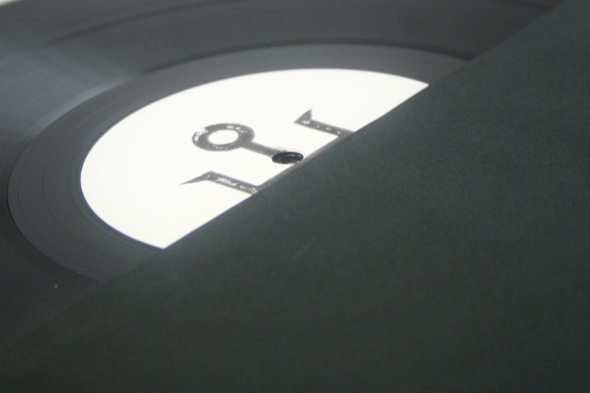 Over the span of his considerably unpredictable career Kris Wadsworth has been a traveller of some sort. Too spartan, effective and distinctive, his music has appeared on an rather extensive spectrum of European and US labels, remaining largely non-synonymous with any one imprint or trend and opting instead (whether naturally or not) for his own sub-genre of techno-filtered house.

Tight, cut-throat and conjured with incision and grooving effectiveness,Wadsworth’s tracks resemble the work of a machine. Inherently functional and neat in comparison to the more improvisational, tape-charged drum workouts currently fashionable, the man’s arrangements often burst out of the mix to produce a cold but impressively potent jab of sound; and although they may not always weave away from their percussion-locked rhythms, Wadsworth remains an unchallenged master of loop hypnosis – manifested in its fullest by tracks such as “Lime & Pink” and its immediately stirring, 303-flavoured grit.

To this writer, it was only a matter of time before the arrival of this new Uranus label – Wadsworth’s personalised domain for his newer, less contained deviances – partly because of his music’s blatant need for its own home to develop in, but also because it’s been clear for quite some time that the artist could take his dark and immaculately produced tracks that one step closer to full-blown insanity. In fact, the label’s first sonic missile Uranus 111 was proof of Wadsworth’s newly found obsession with slower, more sinister and stretched-out techno sketches, with both sides of the 12” emanating feelings of bleak, otherworldly euphoria.

Much in the same vein, Uranus 222 proceeds to deliver another chugging dosage of Wadsworth alchemy over two affiliated sides of vinyl – Part 1 and 2 being almost like two sides of a coin. The former, a mid-tempo wail of solitary bass drums, rickety percussion slices, shifting pads and gentle swarms of acid, is about the most satisfying form of minimalism one can hope to achieve – a bold statement but one which is likely be shared by many artists who are following similar patters or structures of music. Wadsworth uses his few available elements to their very limits: stopping and starting, fading and injecting components to his heart’s desire, the piece evolves with unprecedented power throughout.

The latter is similarly comprised of limited resources and also brews a strong force from its progressive layout. Most vividly, Wadsworth handpicks a string of sounds which work well individually and independently of each other. The percussion, although constant and not particularly heavy on trickery, radiates a moving energy which is rarely matched for something so stripped and the same can be said for the minute collections of synth sounds which dot from side to side for most of the track.

Perhaps Wadsworth’s current love for a slower tempo is better suited to his deranged brand of techno and as the label pushes forth, it’s clear that some sort of pattern could be forming in the artist’s mind.  Whether this ceases to follow a similar formula or not, it’s safe to say that the Uranus label – deeply representative of Kris Wadsworth’s true potential as an outside thinker – is bound to continue to deliver its impressionistic and rustic shades of techno.