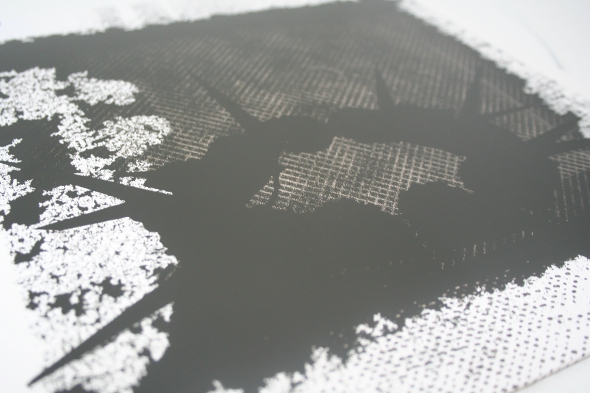 Yves De Mey had the distinction of releasing one of the last records on Sandwell District and his latest release is out on Stephen ‘Basic House’ Bishop’s Opal Tapes. Just what is it that sets his work apart from the overpopulated drone/noise sector? For starters, experience.

De Mey has been putting out experimental music for 13 years, first as Eavesdropper and later under his own name. If anything, the Belgian producer went in the opposite direction to the lemmings, dipping his toes into the techno world via the Sendai project with Peter Van Hoesen in the late ’00s. The other reason why Metrics stands head and shoulders above pretty much any other experimental release of late is because De Mey has clearly spent an inordinate amount of time piecing it together.

Inspired as much by alternative rock as electronics, it begins with “Box Caisson”. Humming guitar feedback hangs in the air and provides a prelude for freakish samples – is that a human voice or some other indistinguishable sound? – while a bass prowls menacingly. The contrast between the intro and denouement is even more extreme on the title track. Eerie synths are ushered in, hushed and understated to begin with. But as the groove picks up pace and the pulses get more frenetic, the same synths are transformed into a howling whirlwind, macabre and ghoulish. Like the accompanying drums, they are detuned and provide the soundtrack to some unexplained act of horror.

The rest of the release doesn’t reach quite the same ghastly intensity. “Eye Splice” is more obtuse and less frenetic as unidentified background noises flit in and out of sombre chords, while “Cessation” provides the only glimpse at the artist’s melancholic side. That it is audible amid glassy shards of percussion and articulated through bursts of sombre synths shows that when it comes to abstract music, few can measure up to De Mey.