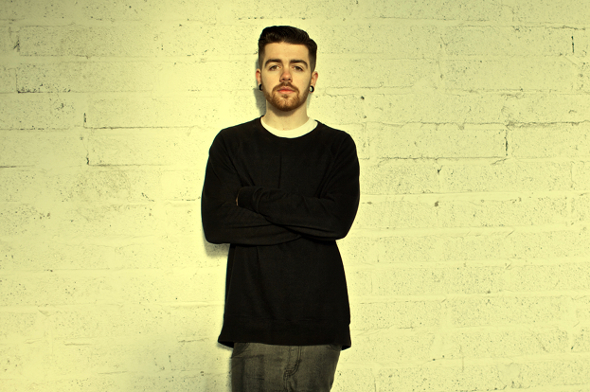 Jack Hamill returns to Clone’s Royal Oak imprint for the first in a series of Correlation releases.

It was back in 2010 that the then-emerging Space Dimension Controller first landed on Clone’s Royal Oak imprint with Journey To The Core Of The Unknown Sphere; since that landmark release the Belfast producer’s career has taken off with successive EPs on R&S which ultimately led to this year’s concept-heavy debut album Welcome To Mikrosector-50.

As to be expected, Correlation#1 sees the Belfast producer maintain an intergalactic motif, although the soundcloud previews seem to suggest a return to the straighter dancefloor focus of his previous Clone EP and earlier R&S releases. It’s also the first in a series of five planned Correlation EPs from Space Dimension Controller with each 12″ release accompanied by a series of prints made by the producer himself. These prints relate in colour and mood to some of the music included in each of the Correlation releases and with each record there is one print randomly inserted with the first pressing.

Space Dimension Controller’s Correlation has been slated for a late September release on Royal Oak.