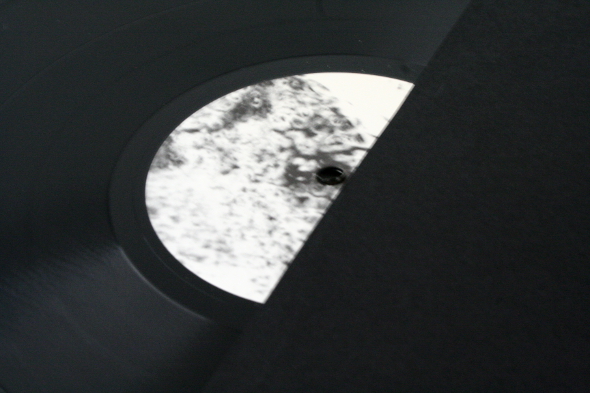 Speaking to this writer last year, Mike Parker said “I think the word ‘drone’ or ‘droning’ can be interpreted as being a negative term – as in droning is boring.” Being the authoritative figure on the subject he is, Mike Parker has a point. A lot of droney-techno is boring. So what makes droney-techno that’s not drone, not boring? The answer: Abdulla Rashim. It was in 2011 that the mysterious Swede first surfaced on the ready-made Abdulla Rashim Records, which he then followed up with an EP on drone-synonymous imprint Prologue.

Alem Maya is the shadowy figure’s fifth EP for his self-titled label, a touchstone release that continues its Ethiopian motif – some quick Googling reveals Alem Maya is a town located in Misraq Hararghe, east-central Ethiopia. So what is it that separates the music of Abdulla Rashim from the likes of Giorgio Gigli, Claudio PRC, Dino Sabatini or indeed Mike Parker, who are all identified by their deeper variations of meditative techno? Abdulla Rashim’s USP is dryness. The circuitous, tribal and hypnotic idiosyncrasies of those aforementioned artists all meet at a certain point, and where clouded and submerged sound design is one production model, Abdulla Rashim manages to fathom equally deep without the same swellings of sub-bass or cacophonous reverb.

This is proven by the polyrhythmic drum process of “Alem Maya 1”. Centered around a four-four time signature, a transparent whirr of chilling, bell-like tones manoeuvre in and out of the track’s background like a ghost sinisterly lingering inside of a disturbed haunt. The flow of statics in “Alem Maya 2” are similar to Donato Dozzy’s remix to Mike Parker’s “FWD” from the 2011 Subterranean Liquid EP, only it’s the minimal, filtered variance of Rashim’s white-noise percussion patterns that becomes the track’s concentrated centrepiece.

Made wet by an elongated passage of ethereal, hymn-like pads with cathedral-like scale, a particularly dry “Alem Maya 3” is fuelled by the perpetual roll of an overdriven metallic drum code. It’s a track that brings to life the shaman in Rashim’s productions. This approach to making music is something that Dadub and Dino Sabatini have recently been exploring, and Rashim’s tribal rhythmics and extended mantras do too, only the result is a supernatural sound, not drone.