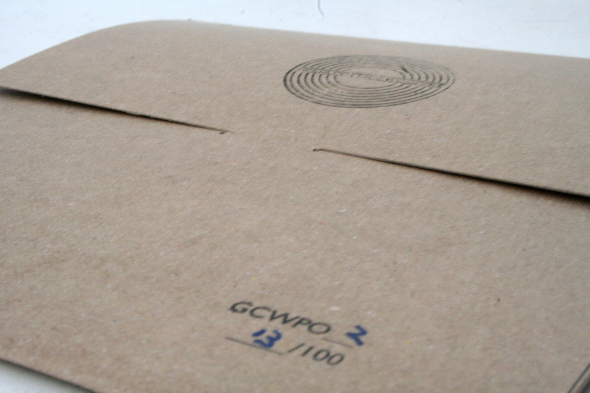 Chloe Harris has earned her stripes in leftfield electronics more than most operating in the field at this time. The rush of lo-fi analogue producers delving into experimental sonics is somewhat startling, with plentiful artists new to the game buoyed along by the boom in cassette labels and the creative freedom afforded to the avant garde. Harris however, co-founded the formidable Further label back in 2009, commissioning tape albums from Hieroglyphic Being, Lerosa, Pye Corner Audio and Donato Dozzy amongst others along the way.

After two albums and two singles on her own turf under the Raica banner, Harris now moonlights on a new Greta Cottage Workshop sub label, Greta Cottage Woodpile. In essence, Lucent Glances is a continuation of the work she has already undertaken, plotting a course through modular synth-fuelled soundscapes with a predilection to the grotty, alien sounds favoured by Ekoplekz et al.

Despite it being a by and large experimental affair, there are many moments of prominent and discernible rhythm on this album. “Track 7” makes no bones about the relentless march of the kick, letting strange synthesised pulses punctuate the top end of the frequency range, injecting the track with a tangible kinetic energy. “Track 2” meanwhile lurks around on a dub-informed drum section, slow and heavy but ever purposeful. “Track 4” instead ends up as a kind of spartan electro stepper made of the barest elements and weighty in its minimalism.

Really though, these considerations of beats are secondary to the real focus of the record, and Harris’ work in general, which is the glorious, playful tones she elicits from her modules. There are some exemplary ambient moments, such as the bubbling bath of the first track, while “Track 5” makes the most of a solo-flying arpeggio that manages the simplest approach with utterly magnificent results. There are vignettes of mournful strings, wrenching synthesised emotion from the machines with s sure-footed quality that suggests musical training. Elsewhere the niceties are dispensed with and the focus shifts to otherworldly sound design that shakes and wobbles as though crafted for a 70s sci-fi show.

What’s most satisfying about listening to Harris’ dark and strange sound is the innate musicality of it. Even the disoriented swells of synth on the opening track harmonise gracefully around each other, while the production quality is warm and full bodied. Her devices and the sounds she summons from them may have archaic qualities to them, but unlike many Harris seems to write her music without over-emphasising the age of the sounds, steering away from needless distortion and carefully orchestrated flutter. Those qualities are inherent in her music at many points, but they never stand in the way of the simple, focused direction in which her music is heading.