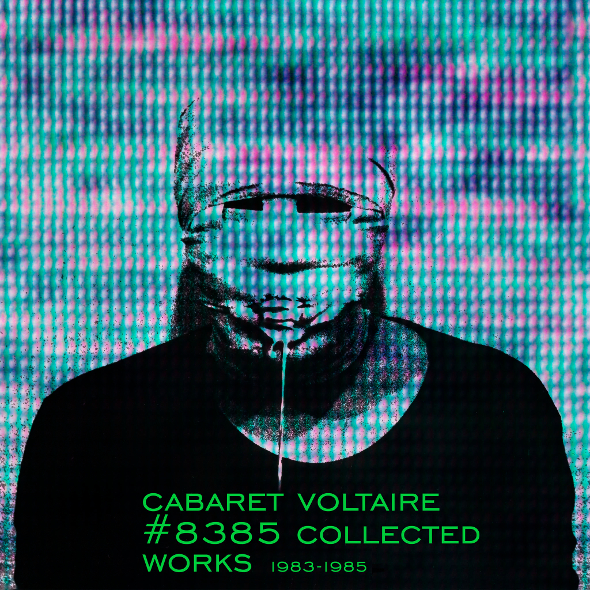 As revealed in June, Mute have a fairly extensive series of Cabaret Voltaire reissues planned for the next year, which has already seen a remastered version of their classic 1981 album Red Mecca. Now the label have revealed full details of #8385 (Collected Works 1983 – 1985), the all-encompassing second release in the label’s schedule.

Covering the band’s mid-period, it features new masters of the band’s music from a time when the Sheffield outfit were arguably at their most industrious. Thirty years after its original release, The Crackdown album joins The Covenant, The Sword and the Arm of the Lord and Micro-Phonies, while tracks taken from a collection of EPs from the same era have also been remastered for the release. A CD entitled Earthshaker – containing 12 unreleased songs – makes up the box set’s audio offering.

The first of two DVDs included features live footage of the band playing at the Bedford Boys Club and Hammersmith Palais in 1984, while the second brings the 1985 experimental video-showcase of Gasoline In Your Eye to DVD after only being available at the time of its release as a promotional VHS. An accompanying 40-page booklet features new sleeve notes by Richard H. Kirk, an essay by The Crackdown cover designer Phil Barnes and some insight into the aforementioned Earthshaker CD. A sampler of the release can be streamed below.