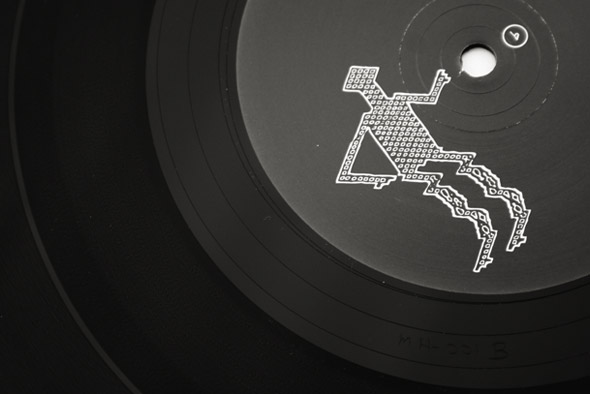 Vancouver’s Mood Hut crew have given good reason to demand your attention with the few forays they have made into the release world thus far. The loose-fit and somewhat enigmatic collective have given rise to the Aquarian Foundation project which has been scoring points for the recent release on Going Good, following on from the cassette-only offerings for the Mood Hut stable. Always a sure sign of left-leaning content, the hitherto solely tape driven Mood Hut Recordings now branches out with this 12” by Cloudface, an equally ambiguous character with previous form on Nice Up International.

All that seems certain at this stage is that an interconnected spread of artists and labels are cross-pollinating around the Vancouver area, and on the strength of this first 12” for both Cloudface and Mood Hut, it could be a good time to start paying attention. The essential premise across Devonian Garden is deep analogue house, which may indeed inspire the odd internal yawn from internet scavengers scanning such combinations of words at least five hundred times a day, but as ever the method and the definitions can only convey so much about the music contained within, and there is a lot to take from this record.

The title track sets the pace with a sluggish kick thud and square wave bassline leaning slightly towards an acidic mentality, but quickly neutralised by the alkaline blasts of synth that ring out a more harmonious intention. Even as the sizzling beat kicks in, the easy tempo and esoteric melodics keep the track in a more poignant ambience where a few subtle tweaks could make a nasty party starter.

Indeed it’s the melodic content that comes to set this EP apart across all the tracks. “Otcho” has a wistful, sun-bleached quality to the languid keys that ring out in an endless decay over the scuffed drum machine beats, capturing the neo-soul tendencies of Patrice Scott et al in the blissful harmonies the track achieves. Again a square wave bassline prowls in the lower register, and it even has moments in the foreground where it looks as though it might take over and get the mood a touch darker. For such simple constructions, the smart application of tension and release maintains a remarkable energy throughout, providing a truly interesting journey from beginning to end for each track.

Where three quarters of the record is given over to this mildly acidic melancholia, the B2 diverts into a more otherworldly territory that only lets the beat in on the action after some serious weightless surreality. “Summer” is largely defined by the pitch-bending pads in the background, but a wealth of Predator-like growls and additional twinkling melodies hang in the front of the mix. The poor old kick probably questions why it was even invited as it works out erratically underneath the heavy blanket of ambience.

Simplicity is most certainly the key on this 12”, resulting in tracks that make no effort to bring something new to the table but instead create the most sumptuous listening experience driven by well-executed ideas and a consistent aesthetic. The fact that this record is both eminently playable and interesting to listen to makes it hard to deny as a worthwhile entry onto wax, for both Mood Hut and Cloudface.