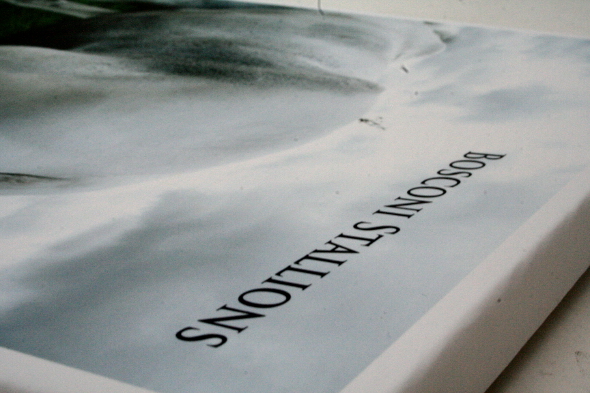 Various strains of Italian house and techno music has been hitting its stride on the international radar of late, as a wave of producers with fresh ideas bring a renewed sense of vigor to a scene that seemed to lack focus for many years. Berlin based duo The Analogue Cops, the prolific Nick Anthony Simoncino and his Hot Mix stable and the Early Sounds collective are diverse examples of this new wave of producers and their boutique imprints, however over the years many have overlooked Bosconi Records and the work it does to represent the rich tapestry of quality underground house music beyond their Florentine base.

That’s not to say that Bosconi is an exclusively Italian label, and on this compilation that marks five years of operation, there are some notable additions in the form of A Guy Called Gerald, Altered Natives and The Oliverwho Factory amongst others. It reflects a time when Bosconi was keen to reach beyond the sometimes insular Italian scene and solidify its position as a label with serious clout regardless of location, but as the compilation demonstrates, the motherland provides the primary concern for the music they release.

If there’s one thing that is noticeable on Bosconi Stallions, it’s just how deep all the artists go even by their own standards. There’s a unifying roughness at work, with analogue machinery the order of the day, but the overall ambience is moody and searching, avoiding obvious motifs and big room dynamics for something far more alluring. On Alex Picone’s “Dry Scream” a submerged DX7 bassline rubs up against a heated vocal hum to devastating effect, while Altered Natives eschews his usual ruffneck stylings to delve into an intricate, emotive techno excursion brimming with snappy little beats and dramatic string swells.

There are some more overtly leftfield moments, not least from Herva’s “Stay” and the Life’s Track project he is one half of. The former whips from a tender intro into a jagged, jerking roller peppered with micro-samples and hell bent on inspiring awkward dancing. The Life’s Track cut “Dark Clouds” maintains that skewed funk, except here it’s bolstered by dubby chords that tumble against the rhythmic thrust of the track to create a one-of-a-kind groove. On a different kind of experimental tip, the Nightdrivers project finds Bosconi regulars Rufus and Mass_Prod collaborating for “Quanto Tempo Ci Rimane”, which gets dutifully edited into a nail-biting slice of horror-film heaviness by label boss Fabio Della Torre. Heading in an equally cinematic direction but expressed in a wholly different way, San Proper & The Clover make for one of the biggest curveballs on the release with the ranging, krautrock-inflected “Voices”. Tumbling percussion, neatly plucked guitar and lingering chords feed into a live jam atmosphere dominated by organic instrumentation, standing out amongst the electronic dominance of the majority of the compilation.

It’s not all outwardly leftfield fare though. Riccio brings a sizzling, sun-baked tone to his flute-rich “Put The Man Out”, while Brothers In Low get into a more straight-up groove with the direct chimes of “Testacorta”. Really though, those tracks represent the exceptions to the more adventurous fare, from Simoncino’s plush and intricate melodic techno to The Oliverwho Factory’s driving acid throwdown. Even Nicholas, commonly known for his more obvious 90s house revival antics, is happily tweaking chunky dub techno chords on the aptly titled “From Somewhere Else”.

On the strength of such evidence, Bosconi Stallions sees the label come of age and set a new modus operandi for explorative house and techno, whilst simultaneously encouraging their chosen artists to reach deeper into their creative pools to serve up the best they can muster. With not a duff track in sight, the whole of the Stallions box set makes for a worthwhile entry into any future-focused collection.