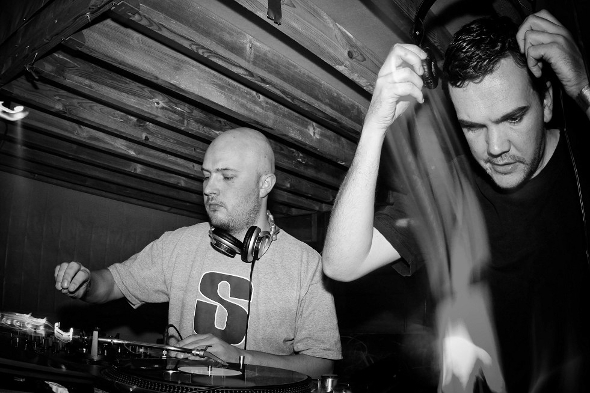 The pair talk to Juno Plus about their first collaboration on the Perc Trax Ltd sub label.

Earlier this year Perc Trax label boss Ali Wells – aka Perc – told Juno Plus the music on Perc Trax Ltd will “shamelessly aim directly for the dancefloor”, while avoiding the big room cliché of so much modern techno. This was displayed effortlessly on the debut Perc Trax Ltd missive A Is For Acid by Matt Whitehead, a re-release of a track taken from a split EP on the Don’t label from last year. Accompanying the original were remixes from Perc and Truss, the latter under his now defunct MPIA3 alias.

The sub label’s mission statement is reinforced further with the news that Wells and Truss have teamed up for the second Perc Trax Ltd release, entitled Spiker, which comes replete with some typically distinctive sleeve art from Adult Art Club’s Jonny Costello. The three track EP is a dynamic combination of both producers’ heavy hitting sonics, with a particular highlight being the climbing rave chords and peaking acidics of “Clapacid”, while the ear piercing “Spiker” (which can be streamed below) and rolling “Broken” offer all the hallmarks of the fierce industrial sound making up the most visceral contemporary UK techno.

Juno Plus spoke with Ali Wells (Perc) and Tom Russell (Truss) over email ahead of the collaborative announcement, where the two revealed details into how and where the record was produced, future plans and their take on London’s current techno scene.

Hi guys, thanks for speaking with us. First of all, Ali, you told us last time that the A is for Acid release was “a perfect snapshot of London techno right now,”. Does this EP still represent this feeling?

Perc: Both this EP and A Is For Acid provide a snapshot of what is happening in London right now. Acid lines, tough drums and an emphasis on rawness, rather than atmospheric sounds. The sound is reflective of the shorter opening hours and DJ sets in London. It is a direct sound, one that gets to the point quickly without any unnecessary fluff.

It seemed like a collaboration between the two of you would only be a matter of time. How did it come about?

Perc: I can’t remember, I think it was Tom (Truss) that might have suggested it, but I am not sure. I think it was just one of those remarks that you follow up and something good springs from it. There is an air of collaboration between a few of the Perc Trax-related guys right now so I think a collaboration between Tom and I was going to happen sooner rather than later. We could have had a few hours together with nothing decent surfacing and that would have been it, but thankfully it has been very easy, enjoyable and productive.

Truss: Ali and I have become good friends since I started releasing music on Perc Trax. We live quite near each other and so it seemed like a obvious thing to try writing some music together. It’s a good chance to hang out with a mate in an environment other than a pub.

How did you find working with each other?

Truss: Very easy. It’s just a couple of mates having a laugh in the studio. One of the things I love about collaborating is finding out about people’s production techniques. I find it very inspiring to see how others approach composition.

Perc: We have been friends for a few years now so the atmosphere is very relaxed. We both seem to have a shared idea of what we want to make and most of the sessions so far have resulted in a track being finished in a few hours. The way we work is hardware based so we get the sounds we want and set up a very basic arrangement, then we hit record and tweak the sounds and punch things in and out on the mixer as the track runs. The tracks are performed live and have a strong human element. Moments when sounds are punched in slightly too early or late are kept in, all the tweaks to filters, envelopes and effects are done live rather than automated by a computer, even the speaker busting change of kick drum on “Clapacid” was an accident but we both decided to keep it in the mix as that first take was special.

Perc: Tom would control the mixer, the 303 and any of his keyboards that are on that side of the studio. I’d be tweaking all the drum sounds on his Vermona drum machine, his Moog, plus any of the Jomox modules and effects pedals that I brought from my own studio. Tracks were normally restricted to three or four key elements so that we could manipulate each sound as we recorded the track live. The tracks were recorded in one take, with no further editing or additions afterwards.

Truss: We use my studio so I operate Cubase where we sequence and arrange the track. Ali will usually bring in various bits of kit from his studio and we start jamming. Once we have an idea that we both like then we quickly sketch the track out, have a few practice runs and hit record. The general idea is to be spontaneous and capture a vibe.

Will there be more Perc & Truss material to come?

Perc: There will definitely be more with Tom. We are both really happy with this EP so it will be interesting to see what comes next. I’ve been buying some new studio toys recently so they will mesh perfectly with the way Tom and I work. Apart from working with Tom my EP with Adam X is finally finished and will be out later this summer. I also have an EP done in collaboration with a well-known German band that will be announced very soon. After that I need to focus on working by myself and deciding where to go after Wicker & Steel and A New Brutality.

Truss: We have some more stuff on the go at the moment, although there are no plans for these tracks yet. I think for the time being we’ll just carry on having fun in the studio, and if we feel we have some music we want to put out there then we’ll release another record.

Ali, why did you choose to release this on Perc Trax Ltd and not Perc Trax?

Perc: The Ltd label is for special projects, reissues and collaborations. Matt Whitehead’s A Is For Acid fitted that perfectly and so does this EP. I’ve not planned it this way, but for the next six months the main Perc Trax label will be focusing on albums, while the Ltd sub-label will just be EPs, with this one and a reissue of an old track that I love coming before the end of the year. 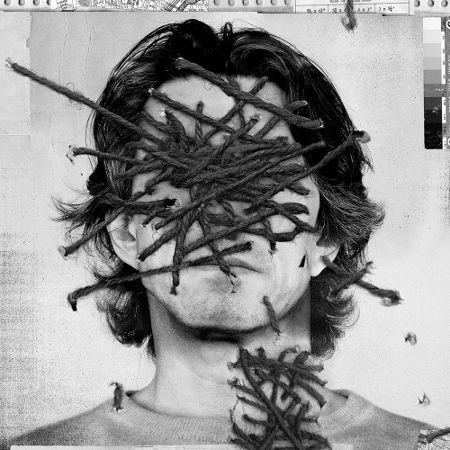