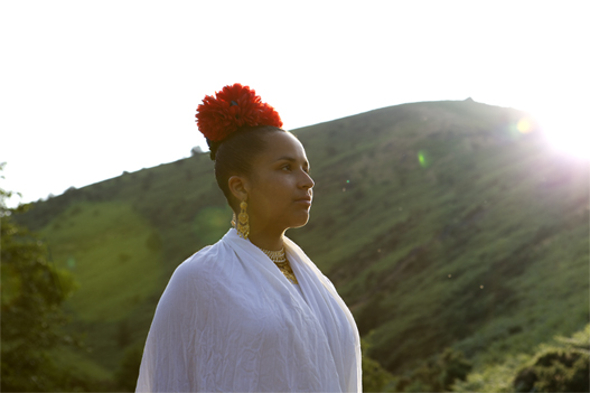 Eglo Records are treating their fourth year of business as an opportunity to progress in their ambitions, as label founder Alex Nut disclosed when we spoke to him earlier this year, stating that treading water is boring: “It’s boring for fans and it’s boring for us. So it’s important that, musically, we step up. We can’t just keep on at the same level, we need to constantly progress.” So far this intent has manifested itself in the issue of Eglo Records Vol 1, their first label compilation (and CD release) and the addition of London-dwelling Chilean producer fLako under his electronic crooner alias Dirg Gerner, and soon Fatima will be granted the honour of the label’s first artist album

Whispers about a debut album from the self-styled ‘Queen Bee of Eglo’ have been circulating for some time, and whilst full details remain under wraps, it should be quite the all-star full length on the basis of lead single Circle. Described as an ode to the stars, the title track sees Fatima drop vocals over production work from Los Angeles duo Computer Jay and Shafiq Husayn of Sa Ra Creative Partners fame. It’s backed with “Technology” which features button pushing from Stones Throw artist (and Madlib’s younger brother) Oh No, whilst the 12″ edition features a ten minute live rendition of “Red Light” done in collaboration with the Eglo Live Band.

Eglo Records will release Circle by Fatima on August 5.