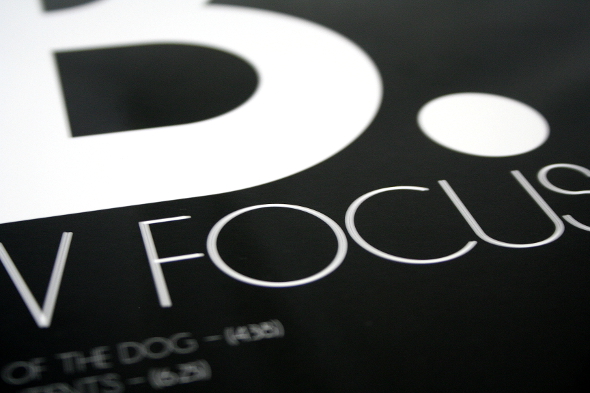 Fuck Buttons are frequently referred to in terms of the apocalyptic. Their first two albums, the excellent Street Horrrsing and Tarot Sport, certainly had something of the end times about them. They were records that seemed to have been made in a world in its final stages of painful collapse, but in which the arrival of some horrible new magic could be glimpsed.Slow Focus, though, sees the duo in rather different mode. Gone is the occult clatter, and in its place we are presented with something more like Genesis than Revelation; more like a creation myth than a destruction story.

Slow Focus is the aerial shot of an entirely new landscape, a panorama in which the cartoonishly bucolic is flecked with something entirely digital; where primary colour verdantly nudges up against gleaming, crystalline edges. The landscape passes through seasons, sometimes shimmering in quiet heat and at others stuck beneath a fuggy pall. There are no buildings in this world, and yet the scene isn’t entirely natural. Rather, there is a sense that the landscape itself is living, and that it is alternately welcoming and treacherous.

“The Red Wing” is the centrepiece of the record and it threatens to break from the sparkle-doom aesthetic, opening in a manner that recalls a Fisher Price glockenspiel attached to a Slinky. Inevitably, though, the Micachu-esque clatter is soon ruptured in unceremonious fashion by the album’s best bassline. This is a common theme: sparsity shattered by brash bottom end. Sometimes, though, Slow Focus is just really good fun. In the degree to which the synths have been sharpened, serrated to within an inch of fracture, the smirk of producers trying their luck and getting away with it is easily discernible.

Slow Focus is Fuck Buttons’ first self-produced record, and it is also the first on which content and production seem properly congruent. It doesn’t just sound better louder – it actually reveals entirely new components above a certain volume. When played just below the threshold of pain it becomes clear quite how beautifully the record’s distortions have been sculpted. It’s on “Stalker” that Fuck Buttons’ approach is most clearly instantiated. Fittingly enough, given their Olympic heritage, the opening sections of this 10 minute track wouldn’t be out of place on the last Siinai record. It rumbles stoically, luxuriating in the slow unfurling of its roaming chord progression, recalling 65daysofstatic with the earnestness extracted. Indeed the tremolo guitar picking beloved of so many solemn post rock acts makes prominent appearances here and on closer ‘Hidden XS’, and yet in Fuck Buttons’ hands it seems less a stock addition than a vital cog in the lustrous gestalt.

There is a formula here. Each of the tracks begins in sparse, vaguely cabalistic fashion, before giving way to a hulking bassline. These are explorations of dynamic more than of melody, each track investigating the potential of a single figure or refrain when presented at different intensities. And yet Slow Focus feels anything but formulaic. Rather the overriding sense is of joy – of a duo genuinely intoxicated by the potential inherent in a coupling of simple melody and absurd distortion. Their best yet.