Masculinity Is A Wonderful Thing for WANDA GROUP 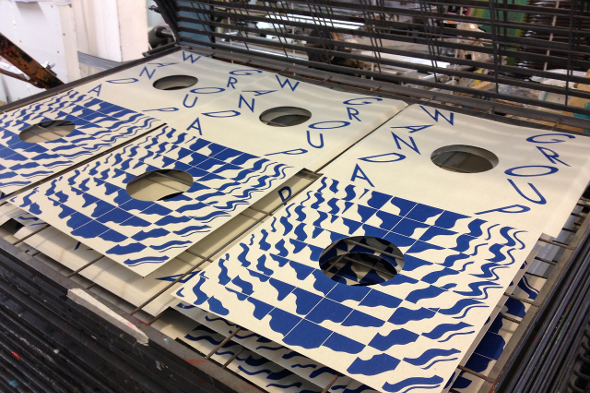 The caps lock-loving artist will be bringing his gauzy approach to fledgling Brighton label Where To Now? on forthcoming 12″.

WANDA GROUP is of course the current musical focus of Louis Johnston, a Brighton-based producer rarely spotted beyond the confines of his Twitter account, which is home to some amusing, abstract thoughts delivered steadfastly in block capitals. The sense of expectation that preceded his live set at BleeD’s Opal Tapes vs Public Information night last month seemed to confirm that there’s a swelling mass willing to invest in the myth of WANDA GROUP, and as the producer revealed in a great interview with The Quietus he apparently has a release in the work for Gold Panda’s Notown records.

The next opportunity to lose yourself in his densely textured sonics will be the Masculinity Is A Wonderful Thing 12″ from the Where To Now? label, their first after releasing several cassette tapes. Due out early next month, the long form two track release sees Johnston pay homage to his father and grandfather in his own inimitable style, offering the following words of guidance: “’MASCULINITY IS A WONDERFUL THING’ EXISTS AROUND MY DAD AND HIS DAD. BOTH MEN SPENT TIME ON THE WATER. ONE IN THE ENGINE ROOM AND ONE ABOVE IT ALL. I GUESS IT’S ABOUT HOW I LEARNED OR TRIED TO UNDERSTAND HOW TO BE A MAN ON THIS EARTH.”

Where to Now? will release Masculinity Is A Wonderful Thing by WANDA GROUP on August 5, and a five minute video crafted by the man himself can be viewed below offering a hint at what’s to come.

A. We Held Our Balance
B. Gorgeous Lucio