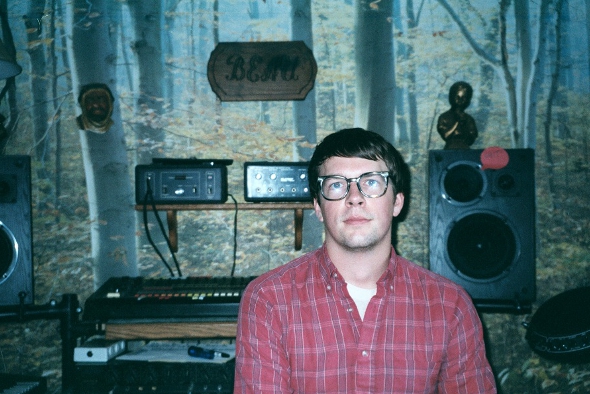 Having already released 12″s from Delroy Edwards, Steve Summers and Svengalisghost, an album from Marcos Cabral and a clutch of white label releases this year, Ron Morelli’s label continue to live up to the “non-stop” tag, revealing details of a four further records to be released this year, with new names and established label family making an appearance.

First on the list is a label debut for Greg Beato, the Miami producer who recently put out an EP of raw, skewed analogue house and techno on FunkinEven’s Apron label; he will be releasing the three-track PMA 12″, about which details are thin aside form the fact that L.I.E.S. wryly suggest that it provides “proof it’s game over for weak watered down dance music.” Another figure making his solo debut for the label is Chicago-based producer Beau Wanzer (pictured above), who has already featured on L.I.E.S. as one half of Mutant Beat Dance and on Cititrax as half of Streetwalker; his self-titled EP supposedly features three “stripped down functional pieces” which come from different points in his career, with the much requested “Balls Of Steel” included.

The other two EPs come from established L.I.E.S. artists (and firm Juno Plus favourites) Bookworms and Jahiliyya Fields. Although NYC producer Bookworms has been busy of late collaborating with Steve Summers on their Confused House label, solo productions from the man have been few and far between – one of the tracks on his L.I.E.S. white label last year dated back several years. Japanese Zelkova is described by the label as a “divergence” from his previous material, with “dusty crunched out samples and programming” giving way to a “man/machine element”. Jahiliyya Fields meanwhile follows up the excellent Unicursal Hexagrams album with the four-track Pleasure Sentence EP, which supposedly sees the producer adding a kick drum to his previously beatless psychedelic synth excursions.

No confirmed release dates for these titles but expect them to surface over the coming weeks. 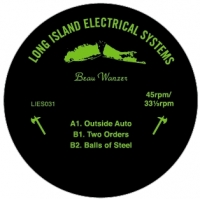 A1. Outside Auto
B1. Two Orders
B2. Balls of Steel

A1. Malfunction
B1. Japanese Zelkova
B2. Materials 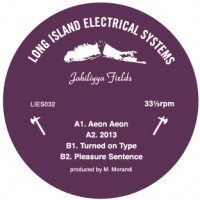