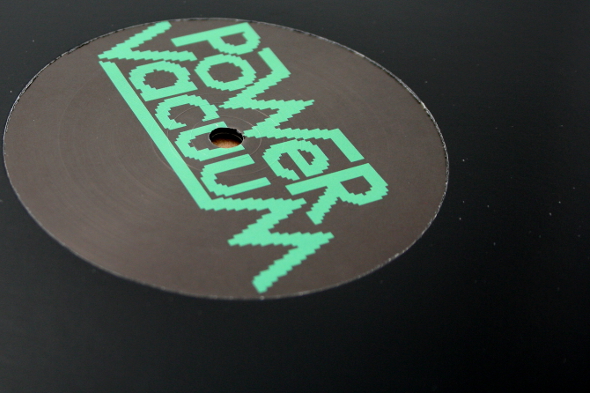 It’s hard not to like Mark Broom. Apart from being an affable character, he has released a huge catalogue of electronic music over decades. Along the way, there have been a few releases that this writer hasn’t enjoyed – his 2010 album Acid House was nowhere near the level of 1996’s Angie is a Shoplifter for example – but for someone who is that prolific, Broom has an inordinate number of quality releases and projects to his name.

Projects like Midnight Funk Association, Kape Ill Miester and Rue East all have distinct identities and it is baffling that he has continued to carve out fresh styles. This release for Power Vacuum is no different and follows previous releases on the label to a rave party appropriation of hard techno. As the title Acid Dik would infer, it sounds like Broom has his tongue planted firmly in his cheek, as he delivers a ravey sound that recalls squat parties, grimy warehouses and the ever-present smell of patchouli oil. The title track explodes to life with stomping beats, a grainy bass and even some cowbells. As it progresses, the kicks are pushed to the point of distortion and are joined by a grainy acid line.

On the B Side, the Beat Mix follows a similar trajectory as hard kicks and tom tom drums underpin daft vocal samples and see the cowbells reverbed to Bangface and back. The best version however is the Alarm Remix. Like the other versions, it starts off with slamming bass drums, but the track’s greatest asset are the howling analogue riffs that Broom layers and layers, achieving the alarm effect. Those who have less experience with techno will probably compare this record to Blawan or Karenn, but the reality is that this it is equal parts Stay Up Forever, Robert Armani and the Pure Plastic take on US techno, a combination that guarantees good times.