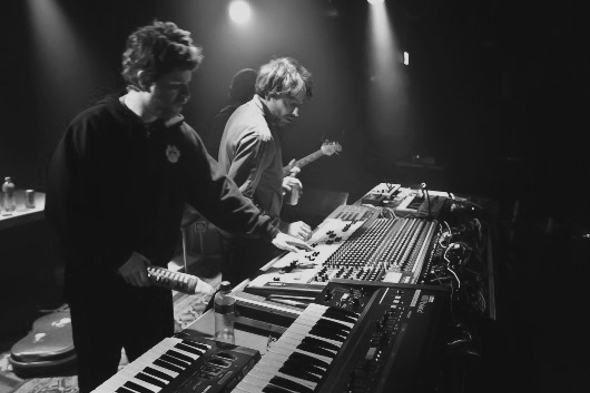 The forthcoming album will be comprised entirely of material recorded at last year’s Freerotation festival.

As we recently revealed, the trio comprised of Juju & Jordash and Move D were set to release a second EP through the Off Minor Recordings label set up by Jordan ‘ Jordash’ Czamanski next month. This has however been surprisingly trumped with the news the outfit will be imminently releasing a live album based around a recording of their set at last year’s Freerotation. Due for release via Workshop, the label that issued the trio’s debut EP last year, the album will provide an opportunity for those who haven’t seen Magic Mountain High perform live exactly how how the trio tick during their full hardware, improvised live sets.

Entitled, appropriately enough, Live At Freerotation, the album will come arrive on a single LP presented as two longform tracks and an accompanying bonus CD featuring the entire recording under the unique WORKSHOP YY.1 catalogue number. The release represents something of a departure from the label’s largely single and EP focused approach to date, with only a single previous album entry in the shape of 2009’s Playtime from Reganz (aka Move D and Jonah Sharpe), Speaking to us, Magic Mountain High’s Czamanski said the trio were “thrilled to put out a recording of a live show of ours from our favourite festival on on wax and super happy that Workshop were into the idea.”

Workshop will release Live At Freerotation by Magic Mountain High later this month. 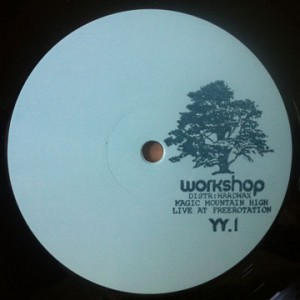