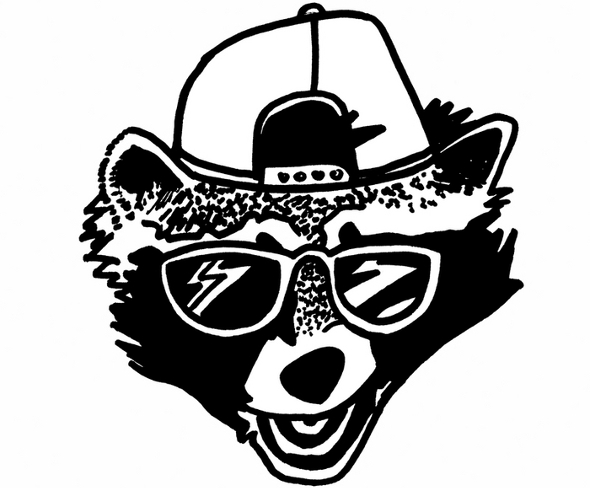 Andrew Field-Pickering is a larger than life character in so many ways; a veritable bear of a man with a beard you could lose a small child in and his ‘anything goes’ approach to music and obsessive, crate digging fetishism is infectious. He’s shown glimpses of his true character with his impressively tropical, forward-thinking productions under the Maxmillion Dunbar alias. Yet those who have met him, followed him on Twitter, been treated to one of his impressively wide-eyed DJ sets, or followed the fortunes of the cult Future Times label he runs with Mike Petillo will know that there’s so much more to him than that. It’s as if Max D is a character he’s playing; part Field-Pickering, part mythical alter ego. However fluid, melodic, inventive and emotion-rich his Maxmillion Dunbar records are, they’re rarely effervescent and life-confirming, something that always surprises given Field-Pickering’s clear love of life.

For the real Field-Pickering – the one who delights in spending hours after a party exchanging notes on records with local vinyl fetishists, uses the word “vibe” as an expression of delight, and is rarely happy unless there’s new music to discover – you have to check out his other notable musical project, Beautiful Swimmers, a collaboration with long-time friend Ari Goldman. In typical Field-Pickering fashion, Beautiful Swimmers releases have been sporadic, to say the least. More sample-heavy than his Max D material and blessed with an inherent sense of fun – not surprising, given that Field-Pickering and Goldman have DJ’d together for years, and bounce off each other impressively – the two Beautiful Swimmers 12” to date (2009’s disco-centric Swimmers Groove and 2010’s tropical workout, Big Coast) have become underground classics. So desirable are they, in act, that a copy of either will set you back serious money on Discogs or eBay. There’s a reason for this, of course; they’re both astonishing. Bold, brave, melodic, exciting and fun, with an ‘anything goes’ attitude, the five tracks that make up the two 12” singles variously touch on saucer-eyed disco, tropical new beat, wonky, cut-up electrofunk, skewed Italo, humid Afro-electro, kaleidoscopic freestyle and near Balearic moments of sun-kissed beauty.

It’s been a long time between drinks, but now Goldman and Field-Pickering have unleashed Son, the Beautiful Swimmers’ debut full-length. Predictably, it’s a bit of a thriller. Throughout, it careers between sounds and styles at a furious pace, gleefully melding together disparate elements to create tracks that should put a smile on the face of even the most po-faced selectors. Opener “No” sets the tone, beginning with a blast of rainforest atmos before peppering a sludgy, Yello-on-crack groove with chiming synth melodies, Latin Rascals drum edits and scattergun vocal samples. Just as you’re settling into its wide-eyed eccentricities, it drops out to make way for “Spezi”, an all-electronic space-jazz-electrofunk opus that benefits greatly from Field-Pickering’s trademark loose and languid drum programming. The thunderous kick, ambidextrous snares, hissing cymbals and rolling bassline are joined by darting electronics, deep keys and more sampled vocal stabs. It’s kind of deep, but also tons of fun; if you heard it in a club, you’d be throwing mangled, jazz-influenced shapes in no time.

There’s another airing for the fantastic “Swimmers Groove” – all carnival whistles, Shep Pettibone machine-gun claps and rush-inducing tropical disco grooves – and then it’s on to “Running Over”, an inspired trip into saucer-eyed dream house territory; all sun-kissed melodies, picturesque electronics and huggable bass. And so it goes on, flitting between multicoloured sounds and styles at a rate of knots. There are impeccable downtempo moments such as the erection-section new-age chug of “Easy on the Eyes” and enveloping, stargazing ambience of “Gettysburg” next to storming dancefloor cuts. Chief amongst them “New Balance”, with it’s dreamy synths, thunderous drums and wonky synth-funk and jaunty cut-up drums, heady vocal samples and off-kilter P-funk of “Cool Disco Dan”.In between there are hard-to-pigeonhole curiosities; the hallucinogenic vocal samples, woozy chords and jumpy drums of “Dream Track”, and the sultry, sleazy “Joyride”. Fittingly, it closes with arguably the duo’s best moment, the previously mentioned “Big Coast”, a dubby, afro-Balearic moment that still sounds like an unlikely end of night anthem; to these ears at least.

In the press material for Son, Goldman and Field-Pickering describe the album as “fully representing the Future Times sound,” which is certainly apt. Given that the “Future Times sound” is notoriously hard to pin down – it’s a fusion of a myriad of influences, from Chicago jack and proto-house, to hip-hop, disco, boogie, dub, ‘80s afro grooves and new age ambience – Son is probably the nearest we’ll get to hearing what goes on in Goldman and Field-Pickering’s heads. Certainly, it’s a thoroughly enjoyable trip. Once you’ve listened once, you’ll be hooked.