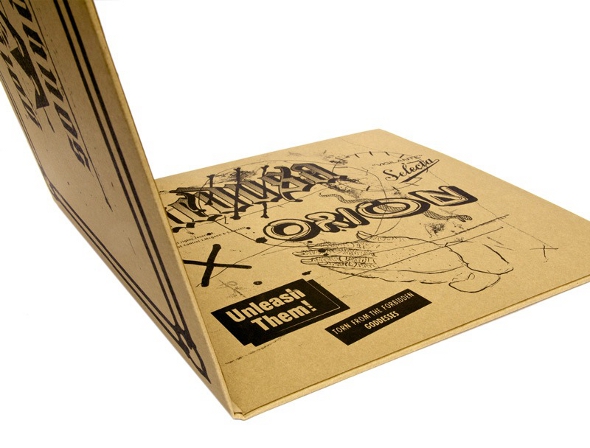 Although primarily known for their incendiary grime bangers on their own Bandulu imprint, and the dancehall sounds of last year’s Backchat single, Kahn & Neek’s steppas-influenced Gorgon Sound project is a chance for them to expand on Bristol’s rich legacy of dub, reggae, and soundsystem culture. Since the pair decided to begin the project in 2010, Gorgon Sound has since evolved into a full dubplate DJ operation, with a show made up of entirely their own material. “Seeing people like Mala, Pev and Pinch inspired me to do it,” Kahn said to Juno Plus in an interview earlier this year. “When you see people just playing dubplates, it sets a standard. I can’t really rock up with a laptop can I? You put the work in and do it properly. It’s a tradition.”

Last year saw the Gorgon Sound project see its first vinyl release, in the form of “Find Jah Way”, which feature on the debut released from Bristol’s Peng Sound; not details have emerged of the follow up, the Gorgon Sound EP which will see four tracks spread across two 12″s in a stamped gatefold sleeve. Guest vocalists on this new EP include Brazil’s Junior Dread and Bristol’s Guy Calhoun. On the basis of “Orion” and “Righteous Dub” which can be heard below, the EP should do for the Gorgon Sound reputation that their grime-focused output did for their notoriety as Kahn & Neek last year.