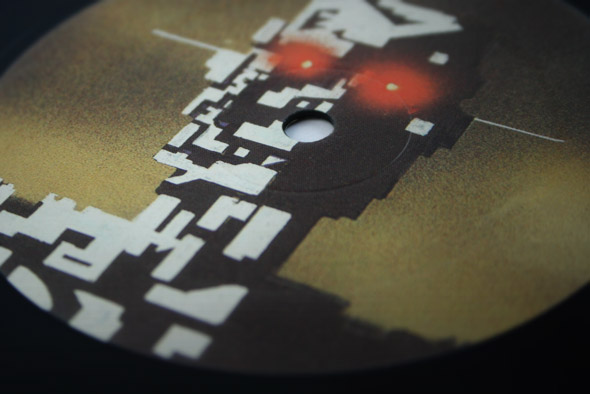 For what the Early Sounds label lacks in prolificacy, it certainly makes up for in raw, pulsating quality. Massimo Di Lena, Rio Padice and Leskin, three home grown talents from the south of Italy, have dubbed themselves as the Early Sounds Collective. Judging by the inscrutable collage of sounds emanating from their first release back in 2011, this moniker seems to represent the rehabilitation of past, present and even future musical landscapes.

Their first EP was a potent and candid display of established formatting techniques together with fresh and unrestricted ideals, most vividly heard through the aforementioned Di Lena and his “Off The Chain” track – a brutally sovereign meandering of 303 squelches and thumping half-steps – which have led the team to explore the boundaries beyond the mere use of analogue equipment for its ‘dirty’ sound and to actually create a personalised and unhinged vision of house and techno.

Di Lena, who has solidified his melodic aesthetic into a chunky heap of low-ends and crafty percussion chops – a million miles away from his equally ingenious but comparatively more stripped productions of the past – wastes absolutely no time in making it clear that he’s here to make us move left of centre. “Hardlife” itself is the sort of track that sends a shiver of panic coursing through the backbone from the moment its fuzzy and awkwardly sliced bassline rattles uncontrollably to the groove of Di Lena’s masterful drum programming.  All in all, it’s the sort of floor mutant that is liable to separate two kinds of dancers or DJs: the ones who will like it and the ones who will fall into a deep psychosis from its incessant stop-start grinding.

In fact, pretty much the entire four tracks are of this disposition, with “Halfway Ritmo” containing one of the loosest and most devious drum shuffles allowed on or near any dance-floor, and although the heart of the track could be traced back to Detroit’s beat-y hedonism, Di Lena’s rude and FX-filtered sonics sound strangely British, and to this writer, they slither away on a parallel line to the UK’s infamous sci-fi inspirations back in the late ’90s and early 2000s.

“INSNTY”, on the other hand, grown in pace and ferocity from its two previous counterparts, evolves into a bubbling frenzy of acid dabs, albeit carried by considerably less bipolar drum arrangements.  The insanity is still proudly at its forefront but this time Di Lena has chosen to amalgamate his foreboding cocktail of synth filth together with relatively more sane beat patterns but ones which will nevertheless be condemned to the darker edges of any DJ set. “Fireflora” sits proudly at the pinnacle of the EP and makes the final fist needed to bring all the elements together into a hefty punch of 4/4 sound – a fine swirl of cagey atmospherics and relentless percussion stabs.

On the whole, its bouncy groove, deranged vocal echoes and nitty-gritty hi-hat blends make for yet another alluring techno rhythm by Signor Di Lena and together create exactly the kind of aura needed by any wide-eyed techno-freak. Let’s just hope that the Early Sounds Collective don’t make us wait another year for their next dosage of alien stompery…