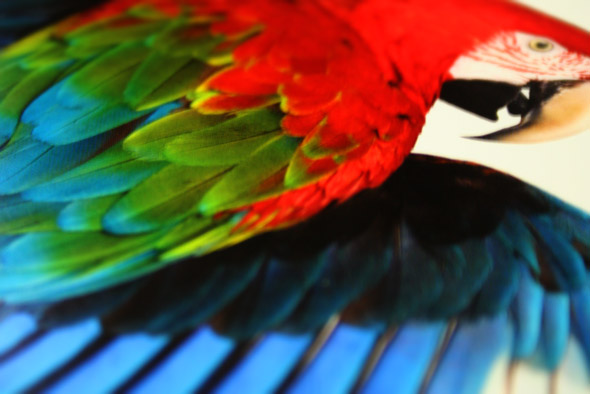 In much the same way that Robert Hood embraced jazz music to construct Nighttime World, the Detroit icon has looked to soul, disco and gospel when working as Floorplan, delivering numerous EPs over an elongated period and now Paradise, the project’s debut album. However, there is a difference between the inspiration for Paradise and that which shaped Nighttime World. The latter draws on musical influences whilst the former sees Hood incorporate his own spiritualism and belief system; the Detroit producer is well-known for being religious and Paradise is a platform for him to express his faith.

Rather than coming across a pious or proscriptive – an approach that this writer feels would be a major turn-off – Hood’s approach is celebratory and joyous. This doesn’t mean that he has thrown off or relinquished his other great passion, techno music. Paradise has more in common with his recent club releases than say the ultra-reduced Minimal Nation; the building chords and rasping percussion of “Change” or the loopy “Higher” could have easily fitted onto the third Nighttime World episode, while the closing track, “Above The Clouds”, which features a dubby rhythm, sounds like he has made a less severe version of “The Pace”. In the main though, Paradise is all about peak time, good time house with a positive message.

Floorplan fans will already be aware of some of this album which includes highlights from the EPs Hood recently released under the name; the stuttering vocal and urgent jack of “Baby Baby”; the uplifting piano lines and rave-style euphoria of “Confess” and the tougher, chord and percussive builds of “Altered Ego”. It’s not all religious references though, and on “Let’s Ride”, Hood swaps spirituality for sensuality with high pitched vocal snippets introduced over pile driving rhythms and dramatic synth lines, while “Chord Principle” features a hysterical laugh over an eerie organ riff.

Despite these dalliances, Paradise is first and foremost an expression of Hood’s faith, and nowhere is this more audible than on “Never Grow Old”. It starts with delicate piano lines and a sultry vocal that is gradually introduced. As the arrangement progresses, the female vocalist gets more and more emotional and the piano keys more frenetic until the end result is a house track that morphs into a full-on religious experience.