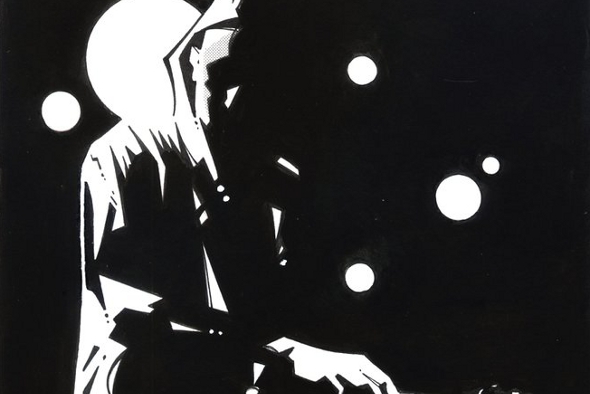 The anonymous producer is to release his first material in two years on Clone’s Jack For Daze imprint.

Clone’s many sublabels are known for pulling surprise turns; Untold and Blawan’s appearance on their Basement Series in 2011 paved the way for the infiltration of the UK’s bass scene into the stronghold of European techno, and more recently Roman Flugel made an unexpected appearance on Clone’s Jack For Daze label with the strange Dance Mania-inspired sounds of Even More.

Anonymous techno artist 19.454.18.5.25.5.18 (now operating as The Artist Formerly Known As 19.454.18.5.25.5.18) is the latest figure to make the unexpected appearance on Clone. Originally debuting on Horizontal Ground in 2009 with a stripped back pair of minimal techno tools, the producer’s JFD debut is a manic jack track which fits in with the label’s wonky aesthetic but also sounds like a 33RPM record played at 45. Clone boss Serge and Alden Tyrell provide a remix and dub which brings it down to a more manageable tempo, but its the original that provides the weirder moment.

No word on a release date, but Spadesdance will apparently only see a limited white label release; all three tracks can be previewed below.