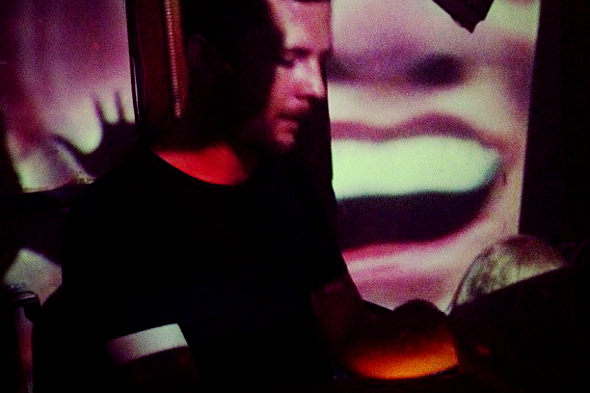 Forthcoming 12″ from the UK producer also features a remix from Legowelt and Xosar’s Xamiga.

Rush Hour has been the label that BNJMN has arguably done his best work for, emerging on their Store Only Series in late 2010 with an Untitled EP before serving up a wonderful debut album in the shape of 2011’s Plastic World for the now defunct Direct Current offshoot. A swiftly produced second album on Direct Current followed, as have 12″ releases on Stolen Kisses, Svetlana Industries and another for Rush Hour last year, but in more recent times the producer, real name Ben Thomas, has been exploring more downbeat song-based material with the JG Ballard referencing Singing Statues project for Astro:Dynamics.

A press release for the forthcoming Hummingbird EP suggests that Thomas took direct inspiration from the bird of the same name: “I was really interested in how hummingbirds have much faster wing speeds to other birds, so they can hover and fly slowly,” he explains. “This seemed to tie in with some
ideas I’d been playing around with, to create tracks that are fast and accelerated, but could also sound slow.” This idea manifests itself conceptually on a set of tracks that demonstrate a wide appreciation of tempos, with the glistening 140bpm techno of the title complemented by the shifting, sludgy sonics of “Slowwave”. The final BNJMN production “CRVD” feels closest to previous BNJMN material, whilst the title track is blessed by the first ever Xamiga remix from Lowlands forest techno exponents Legowelt and Xosar.

Rush Hour will release the Hummingbird EP by BNJMN on July 8. 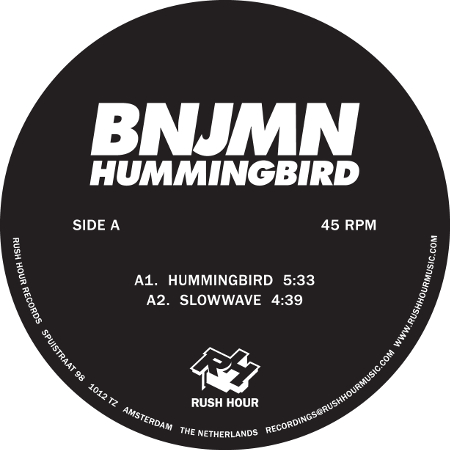