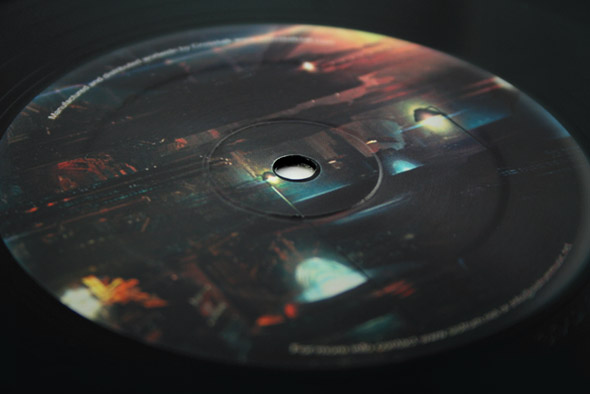 Is nostalgia electronic music’s most valuable commodity? A lot of producers seem to think so, hence the constant revisiting and reintroduction of sounds and narratives, irrespective of whether they come from Chicago, New Jersey or New York. In the case of Patrice Scott, there is a different dynamic at play. It would be easy to claim that his emotive house releases on Sistrum are a direct reference to the past, but that would conveniently forget the fact that Scott, like Keith Worthy, lived through the birth of electronic music in his home town and is merely relating those experiences.

Given that he makes such sublime music, it is not difficult to forgive him taking so long to getting round to doing this – he has been DJing since the 80s but only put out his first record in 2006. The other anomaly about Scott is that while he wears his influences visibly, his sound is unmistakable.

Indeed, the title track on this 21st Sistrum record is instantly recognisable as his; the drums are clipped and tough and rugged and, combined with a pulsing bass, the arrangement is more upfront than the standard deep house record. That said, he also understands melody better than most producers; a synth line swirls in early on, but as the track approaches mid-point, a second, more atmospheric one sweeps through, creating the spine-tingling shiver.

Yet it would also be a mistake to assume Scott shares the penchant for noodly, going-nowhere deep house. Indeed, “Sequence Two” reveals a different side to Scott. Unlike typical Scott tracks like “Nostalgia”, “Atmospheric Emotions” or “Evolutions”, it is tougher and clubby. This will come as no surprise to anyone who has heard him DJ, and one of his greatest attributes is his ability to bring his textured sounds to peak-time sets.

On “Sequence Two” however, he ditches any concessions to musicality – unless one counts the repetitive, jazzy licks that fade in and out at will. Instead the focus is on cavernous bass tones, steely, hammering drums and an acid line so fat and woozy, it makes Redshape’s doomy low ends sound positively upbeat. Despite what its title states, there is little to get nostalgic about on this release.

A. Nostalgia
B. Sequence Two