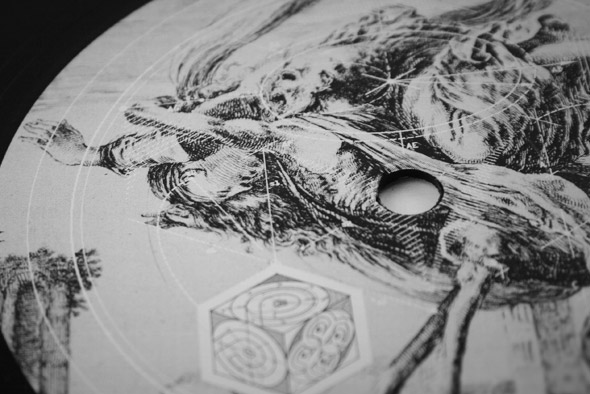 If ever there was a time for UK techno trooper Inigo Kennedy to shine, it would surely be now. Since the mid-90s, he has been pushing his hard-edged sound for all and sundry, linking up with Karl O’ Connor and the Downwards crew for releases on Molecular Recordings while fostering a close relationship with Eastern Europe and producers like Umek. There have certainly been some twists on his sound over the years, but largely Kennedy has stuck to his guns and pursued a tough, mechanical vision of what techno should be.

What has kept him an enduring artist for a sizable amount of time is his approach to melodic elements in his tracks; for all the unrelenting drums and unflinching industrial blasts that can be found in Kennedy’s music, there often remains a central theme that injects some colour into the proceedings, neatly swerving that monochrome abyss that such breeds of techno can often fall into. The output on his own Asymmetric imprint particularly pointed to this quality in his music, bar perhaps the washing machine brutality of the first release.

After something of a hiatus in the middle of the last decade, Kennedy has returned with renewed intent, and now the last couple of years have seen him releasing on Token, Semantica and Inner Surface Music. It seems as though a more fitting time for his particular approach could not be found, not least when you consider early releases such as the Missile 10” double-pack Spaghettification that predated the form and function of post-dubstep techno by some fifteen years.

This latest EP is for Chicago-based techno label Prosthetic Pressings, which has previously dealt with the likes of Perc and Donor, the latter drafted in for a remix on this EP. Kennedy’s original productions need little accompaniment here though, marking some of the most arresting and immersive pieces in a back catalogue that reaches into the 100s. “Insist” lays out its form unfussily as a po-faced kick and synth sequence get rolling, and instantly there’s a noticeable emotional weight to the particular melody that the synth is calling out into the spacious mix.

As the track picks up subtle but energetic locomotives of percussion and varying degrees of strings and pads swell in and out of the track, there is a sense of heartstrings being toyed with that you would rarely feel from your average industrial techno workout. In all honesty, the track lacks the weight to be played in the heat of the night but that only enhances the cerebral impact of it. As if seeking to trump its neighbour in the captivating stakes, “Persist” chooses an equally haunting route populated by synthesised gamelan calling out a discordant message of an almost transcendental nature. The beat does as little as possible, a shuffled hat providing the thinnest whisper of funk in the mix, because the importance is levelled at the melodic content in front. As the track progresses the synthetic nature of the looping pattern becomes more apparent through some cheeky octave slides, and that’s all the track needs to do to peak before gently melting back into the initial mantra.

Seeking to provide something a little more direct in his remix, Donor still manages to bring subversive styles to the table with his version of “Insist”. After a drawn out intro, he eventually slides into a crafty broken beat groove that comes on like stuttering electro, while the lead synth from the original calls out in a new, dishevelled form. In deference to the restrained nature of the original, excessive weight is not necessary where atmospherics and cleverly thought-out rhythms can be used instead.

There is a sense that Kennedy is still positioning himself away from what goes on around him as he edges towards the home listening corner of electronic music on this release, but at a time when the interest in quality techno is particularly strong a record like this seems to reflect creatively fertile times. Many would argue that this kind of minimal techno has been plied for decades, but there’s a particular kink in Kennedy’s version of events that sounds fresh and invigorating. Whether it’s a reaction to his context, or a continued path of single-minded musical discovery, it’s made for a stellar release.