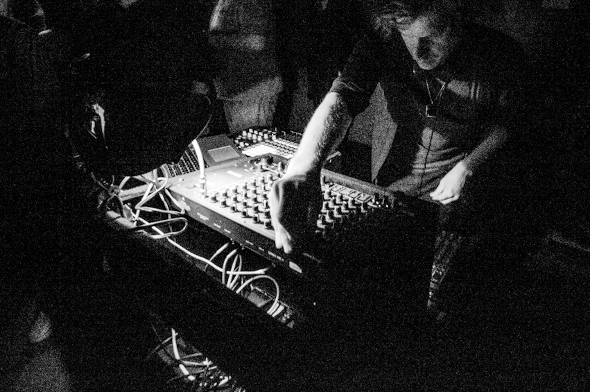 Become acquainted with the next batch of Philitronics to emerge from Great Circles.

As revealed in a recent feature with Great Circles, Westov Temple is the creative endeavour of label founder Justin Gibbon, with the forthcoming Messiah Drugs 12″ his debut release under this mantle, having previously also performed as both Pandemix and Futbol Heroes. Due out next month, the four track record was described by Gibbon in that article as having “been sort of a long time coming” yet still retains the overall aesthetic that Great Circles have been intermittently pushing, merging improvisational electronics with a definite sense of meditativeness that undoubtedly helped inform the title of the EP.