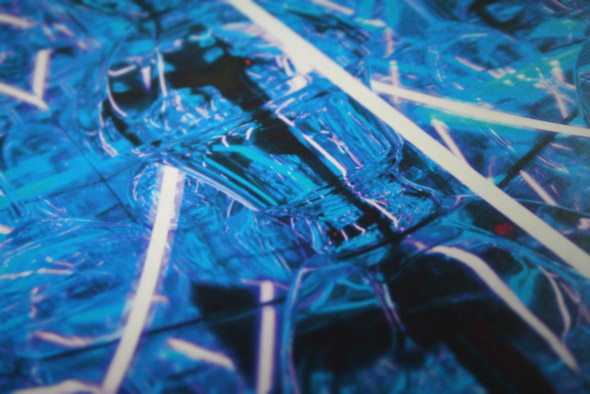 For a man whose work has gravitated around the words ‘Voyage Direct’ (the name of his 2009 debut LP on Rush Hour, and later, the name of his personally curated label), the trajectory of Tom Trago’s productions has been anything but straightforward.  Instead, the quiet, affable Amsterdam workaholic’s output has been difficult one to pin down – certainly there are common threads running throughout his work, most distinctively, an ode to looped rhythms and soulful vocals, but Trago has achieved longevity by stretching those elements throughout a broad range of tempos, genres and emotions.

Speaking to Juno Plus back in 2011, Trago admitted that his then forthcoming Iris album was an attempt to break away from the Detroit-meets-disco sample-based nature of previous Voyage Direct album, instead opting to make tracks with “a certain hybrid feel” to them, incorporating largely live instrumentation and a plethora of guest vocalists, including Amsterdam hometown hero and long-time collaborator San Proper and the now shining-down-on-us-from-vocal-house-heaven legend Romanthony. But Iris was far from Trago’s resting place – it was followed by a Sound Pellegrino crossover series pairing him with Nights Slugs founder Bok Bok to craft a set of highly functional stripped down drum trax paying homage to Dancemania, and Chicago house, as well as funkadelic side excursions like the vocal sci-fi epic “Time Master”.

Now, perhaps purposefully synching up with the summer solstice, comes a sampler from Trago’s forthcoming LP The Light Fantastic, which beams with an updated version of the invigorated gleeful energy that made an appearance on his first LP, with several integral twists. While Trago’s production style here harkens back to his earliest work on Voyage Direct, thrumming with the friction-filled, looped down dusty Chicago house that he became renowned for manipulating, there’s plenty of evidence that the prolific producer hasn’t lost his interest in collaboration in the slightest.

You could start with “True Friends”, which finds mossy vocoder tinged vocals from Ben Westbeech under his Breach alias lurking and twisting through the track, sounding like a love song bouncing off walls from the bottom of a murky well. Whereas previous vocal house collaborations like Cinnamin featuring “Rise Up” and “Use Me Again and Again” employed diva drawls as the focal point of the track, there’s an organic synthesis that occurs on “True Friends” where it becomes difficult to separate vocals from the rest of the production; equally a testament to Westbeech’s reigned in vocal chops and Trago’s ability to craft refined, classy house textures.

While “True Friends” twists and turns with self-assured bounce, it’s hard to top the stunning, Steffi co-produced humid summer park party jam “Two Together”, whose title continues to touch on themes of coupledom and collaboration. The track itself sports a deeply satisfying, maximal, throttling groove, the most frenetic and deliriously enjoyable Trago tune in a long time. Embarking on a slow-building house funk loop with loads of bubbling little oscillations and percussive deviations throughout, including some immensely satisfying keyboard elements wedged in the centre; it’s got all the oomph of Daft Punk’s “Revolution 909” with a crafty jazz piano lick smack dab in the middle. While some of Trago’s previous singles like Romanthony-guesting “Stepping Out” had their own distinctive summer vocal anthem flavour, there was a restraint in his production around Iris era that relegated him to slightly breezier, gentler rhythms – while it worked well at the time, it’s extremely satisfying to hear early tracks from The Light Fantastic employ a bit more snarl.

Exclusive to the 12″, there’s also “Avenido” which also finds Trago bulking up his sound ever so slightly; while it begins with the same hollowed out percussive thump that fans of the producer may be familiar with, it subtly inserts a chorus of handclaps and some expertly plonked chimes to up the ante. Good dance music makes repetition entrancing, not boring, and Trago’s knack for crafting loose-slung house with a plethora of tiny variations makes returning to “Avenido” time and time again a pleasure.

While settling down in one place stylistically hasn’t suited Trago in his career, it’s that same willingness for exploration, collaboration and progress that makes all three tracks on The Light Fantastic sampler sound as eagerly engaging as they do, showcasing bits from each era of Trago’s progression: the looped-to-oblivion party starter, the snakingly charming vocal cut, and the rough around the edges, late night jam track. Let’s hope he stays restless.